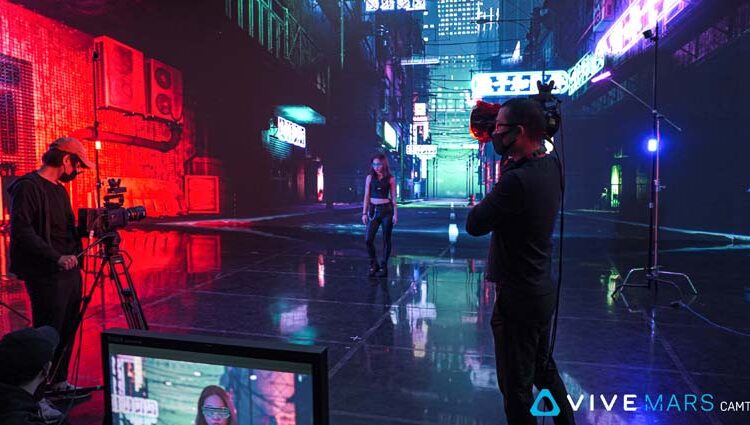 HTC is set to reveal its new VIVE Mars CamTrack solution at the SIGGRAPH 2022 in Vancouver, Canada, where it will showcase the immersive production tool with Departure Lounge and Arcturus, it was revealed on Tuesday.

The new solution allows extended reality (XR) studios to create virtual production content while cutting costs and boosting ease of use. Developers have also included support for the FreeD protocol, which provides camera positional data for XR providers, in a bid to expand the availability of solutions to users.

Our virtual production stage is set up and ready to go with the VIVE Mars CamTrack at @siggraph. Shoutout to @ArcturusXR and @dlxrofficial for helping to make this demo happen.

VIVE Mars CamTrack is open for purchase in the United States, Canada, and Europe, with plans to launch in China, Japan, South Korea, Taiwan, and Australia over the next few months.

With the solution, users can leverage the following tools:

Raymond Pao, Senior Vice-President for HTC VIVE, said his company was “excited” to see the amazing content virtual production communities could create with the tool, adding,

“By expanding the availability of Mars and adding FreeD support, we’re bringing the power of virtual production to tons of studios and individuals worldwide, in a small package and at a price point that won’t break the bank. Everyone who wants to bring their vision to life on the screen should have the opportunity to do so – that’s our goal behind VIVE Mars CamTrack”

The ongoing SIGGRAPH 2022 event will take place in the Canadian coastal city from 8 to 11 August, celebrating the top firms in animation, creative content, art and design, gaming, and immersive solutions worldwide.

Numerous world-renowned researchers, firms, organisations, and analysts will join the event to engage the global tech community with the latest offerings, immersive experiences, and solutions.

The event will also explore the Metaverse across current and future immersive technologies, including virtual, augmented, and mixed reality (VR/AR/MR), to engage audiences with topics on human interactions on the rising spatial communications platform and how it will reshape industry verticals.

The event will also tackle the challenge of developing the Metaverse with a list of workshops, panels, courses, and others to discuss the merging of physical and digital content.