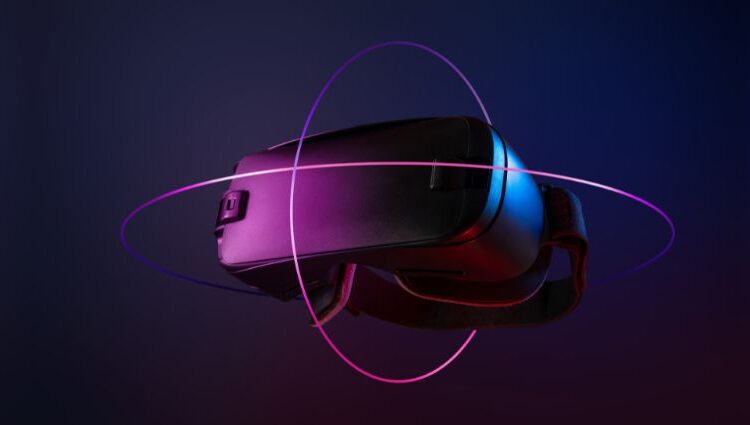 Augmented and virtual reality (AR/VR) are technologies that overlay or replace physical environments with virtual content. While AR enhances surroundings by incorporating digital components into live view, VR is an experience that replaces the actual world with a computer-generated simulation.

The difference between VR and AR creates divergent potential and use cases. For instance, the global market for AR was valued at roughlyt $17.67 billion in 2020, and will likely grow to 43.8 percent up to 2028.

Conversely, global VR revenues will surpass $12 billion USD by 2024, which indicates a smaller market. Due to this, VR and AR in the following ways:

1. The degree of immersion in virtual reality vs augmented reality

In VR, the user is completely absorbed in a virtual environment and minimises boundaries and markers. The system creates everything in the user’s environment, which may be exhibited inside a blank room via head-mounted displays (HMDs) or other equipment that helps users feel they are physically inside the virtual world.

In AR, however, real-world surroundings are overlaid with digital elements and the user may still view their physical environments to interact simultaneously with real and virtual worlds.

2. Difference in how the mechanics of AR and VR work

The two technologies operate differently in that AR utilizes computer vision, mapping, and depth sensing to display relevant material to the user, enabling cameras to gather, transmit, and analyze data to display digital material relevant to the user’s field of view.

In VR, two lenses are positioned between the screen. The user must their adjust the lenses with eye-tracking technologies, depending on the unique movement of each eye. Users may utilize visual, sound, and haptic (touch) stimuli to create an immersive manufactured world.

3. AR and VR use different types of hardware

VR relies on two types of headsets: standalone HMDs and headsets that tether to devices such as smartphones and tablets. The former is typically meant for enterprises and power users, who may access a computer network, or work wirelessly, needing a robust system to complete their operations.

They offer superior visuals and performance but are somewhat expensive, and can include the Oculus Rift or Quest, the Vive, and the PlayStation VR, to name a few notable examples.

The second sort of VR headset contains uses your phone and utilizes its display as its own. These do not need a computer and operate entirely on applications on your mobile device. Google Cardboard and Gear VR are two well-known examples.

4. Varying degrees of flexibility and use cases

Another key difference between AR and VR is how the two technologies are used. AR provides the user with more options, is preferable for companies seeking specific use cases, and is generally more common since it typically tethers to a mobile smartphone rather than laptops or larger devices.

Conversely, VR involves near-full immersion and real-time 3D (RT3D) content, and is a wonderful way to provide secure and safe training situations for employees who work in high-risk scenarios. For example, BP teamed up with the Igloo Vision to coach staff on emergency evacuation protocols at English oil refineries.

In contrast, AR use cases involve the exchange of information in a hands-on format. For example, field employees may receive critical data overlays from remote guides while they work to precisely resolve issues without requiring further assistance.

VR software development kits (SDKs) also allow apps to broadcast pre-loaded or cloud-based scenarios and let the user traverse them using VR headsets and controllers. User and environment tracking, made possible by sensors, haptics, cameras, and others, allow for navigation and environmental control.