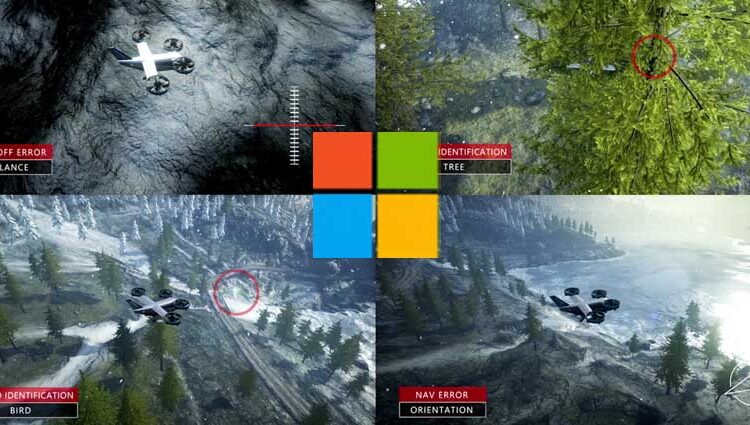 Microsoft debuted Project AirSim, a novel platform to develop, train, and test autonomous aerial vehicles, at the Farnborough International Airshow, it was announced on Monday.

The limited preview solution combines sensors, AI, cloud technologies, and computing to “transform how we move people and goods, Microsoft’s Corporate Vice-President for Business Incubations in Technology and Research, Gurdeep Pall, said in a statement.

He added that firms would seek autonomous aircraft to tackle logistics problems across remote areas, wind farms, urban environments, congested roads and motorways, among others.

“Autonomous systems will transform many industries and enable many aerial scenarios, from the last-mile delivery of goods in congested cities to the inspection of downed power lines from 1,000 miles away, but first we must safely train these systems in a realistic, virtualized world. Project AirSim is a critical tool that lets us bridge the world of bits and the world of atoms, and it shows the power of the industrial metaverse – the virtual worlds where businesses will build, test and hone solutions and then bring them into the real world”

Microsoft Research originally founded the Project as an open-source initiative and intended to develop it with more advanced machine learning (ML) technologies, leading to the end-to-end platform.

Customers in Advanced Aerial Mobility (AAM) will use the metaverse solution to guide and direct autonomous aircraft across simulated physical landscapes.

“We created Project AirSim with the key capabilities we believe will help democratize and accelerate aerial autonomy – namely, the ability to accurately simulate the real world, capture and process massive amounts of data and encode autonomy without the need for deep expertise in AI”

According to the Redmond, Washington-based firm, the solution hopes to reshape global standards in aerospace monitoring and regulations by working jointly with global standards organisations, regulatory bodies, and civil aviation authorities to build interoperability and rulebooks for deploying such technologies.