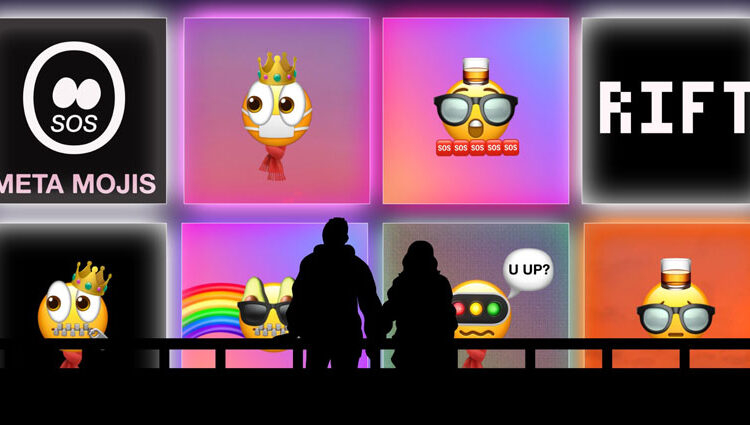 The Metaverse is giving birth to new worlds every day, allowing users to find purpose-built use cases for developing their own digital landscapes.

One such company, RIFT-AR, aims to merge the physical and digital worlds via augmented reality (AR) in an accessible, affordable, and ubiquitous platform for content creation.

According to their website, RIFT-AR runs on the Polygon Blockchain, where users can mint real estate across the world “that hasn’t been claimed yet” via the company’s iOS app.

The blockchain’s affordable price, worth roughly 0.35 Ethereum (ETH) for a non-fungible token (NFT) on average, aims to allow younger generations to join, share, and collaborate. Content creators can also lease their virtual real estate or create faction tokens to share Metaverse locations with others.

Rift also provides tools to create decentralised autonomous organisations (DAOs) where groups of Cryptopunk owners can own massive numbers of RIFTs across the Metaverse, as well as provide decision-making rights to others joining the digital community.

XR Today spoke to Karolina Fedorowicz, Management Team Member for RIFT-AR, to discuss the new platform’s goals, capabilities, and target demographics as it aims to build a better Metaverse.

XR Today: What inspired Rift to create its AR solution? Which users are the primary target for your product?

Karolina Fedorowicz: Our approach is inspired by the cultural notion of graffiti and its low barriers to entry — that anyone could create public visuals that live alongside the world at large. Buildings change, physical landscapes shift over time, but decentralized AR data is forever.

Becoming a collaborator is also easier than ever, and rather than spending millions on purchasing a building in Manhattan, people can quicken their participation through considerably more accessible digital interaction, with more interactivity and flexibility than unmoving brick-and-mortar.

We’re obsessed with the ways the future has been presented in film and aesthetics, and how to bring the future into today. We realize the physical structure of our cities isn’t changing dramatically to become akin to our favorite futurism and cyberpunk films.

We also know that in the next 5-10 years, major tech companies will have more ways to integrate open data and applications into augmented interfaces, especially with smart cities and future-oriented human architecture.

As for industries, while AR is incredibly extensible and can apply to many industries where information interfaces can take on more depth, such as in tourism, education, commerce, the arts, we’re noticing particular interest from real-estate developers that want to collect land and contract out the building of complex applications on top of that land.

XR Today: How does Rift use AR to improve the relationship between the end-user and content creators?

Karolina Fedorowicz: We try to tackle a big relationship problem between AR content creation and end-users: there are not enough 3D developers and creators, even with the intricate tools that exist.

Our goal is to abstract out the act of AR creation sufficiently so that a person doesn’t have to be a developer or trained designer to touch the world around them.

Being that AR is the bridge between digital and physical worlds, finding ways that the average person can connect and create in them becomes wholly important.

XR Today: How much time do you estimate your solution will take to become widely adopted? What are the challenges to reaching this potential?

Karolina Fedorowicz: A strong factor in adoption is abstraction. What Canva and Shopify did well for design and commerce was abstracting the process out for people that weren’t designers or coders.

We take a similar approach, and in our mind’s eye, ‘widely-adopted’ means creatives, entrepreneurs, enterprises, and others are using our tech foundation at RIFT to easily build complex applications on top of it. It could be a month following release, it could be a year, but of course, abstraction takes time and a relentless philosophy of simplification, given the intricacies of AR on an average consumer device.

XR Today: What is your opinion of AR in the Metaverse? How does it differ from VR and MR, and do you believe it is the best medium for engaging larger audiences?

Karolina Fedorowicz: AR is this fascinating middle ground between virtual and mixed reality (VR/MR) — we’re not exactly living in an immersive and isolating pod with a helmet over our heads, nor are we roaming around with self-sufficient eye and headwear that seamlessly connects us to enhanced streaming applications and interfaces.

AR is just right enough for the majority to gain familiarity with their already-existing devices, with prominent examples the public are aware of being Pokémon Go and Snapchat.

Looping in the Metaverse for decentralized, resilient information and global commerce, we really are looking at a special intersection of societal and technological development using AR as a basis for unification.