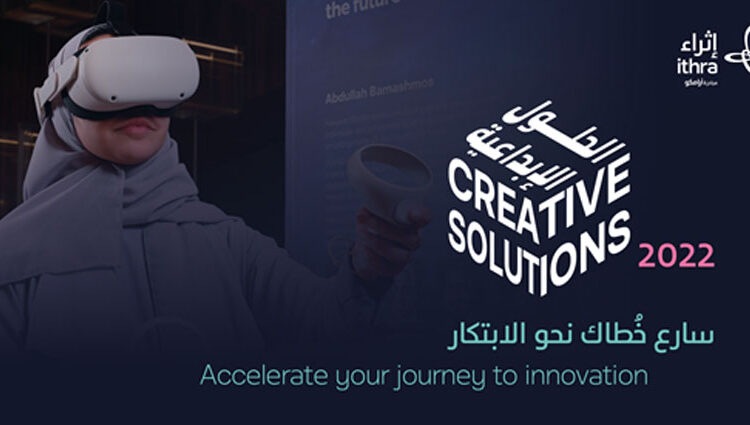 The event, which aims to exhibit Saudi Arabia’s immersive content creators under the Center’s Creative Solutions initiative, will take place at the prestigious County Hall in London.

Many content creators at the event are women and will display prototyped content using virtual and augmented reality (AR/VR), location-based immersive content, and interactive gaming, covering many sectors such as health and wellness, training, art, education, culture, entertainment and others.

The project is the culmination of years of work via the Center’s “Digital Immersive Content Creation” theme, featuring 30 ideas across nearly 60 content creators.

The Center has selected five projects from the theme for a global bootcamp initiative offering grants and other funding to develop the winning contributions.

Meaning ‘enrichment,’ Ithra’s initiative hopes to foster growth in emerging markets, via emerging technologies. According to figures from the Government’s Cultural and Creative Index research report, creative solutions earned Riyadh 1.5 percent of its GDP in 2018, or a 13 percent annual growth.

Miznah Alzamil, Head of Creativity and Innovation at Ithra, said in a statement the UK was a “global hub of innovation” where young content creators benefitted from working with industry leaders.

“Ithra is at the center of the Kingdom’s cultural and creative ecosystem, and Creative Solutions is [a] testament to our commitment to building a sustainable creative industry in Saudi Arabia. The 2021 participants demonstrated truly innovative thinking and we are excited to see how they perform in front of our industry experts and investors at the Demo Day”

Finalist projects at the esteemed event will include the following:

The news comes as the Middle East-North African (MENA) region has begun to reach fresh milestones in XR with new immersive solutions amid a growing creator economy led by several key nations.

Saudi Arabia is set continue such trends as it is set to host Ithra’s Sync Digital Wellbeing Summit, which will host an immense lineup of experts on digital health and wellness at the Dhahran-based Center in a two-day event, 29-30 March.

Qatar’s National Museum announced in June last year it had struck a Memorandum of Understanding with Microsoft to digitally transform its assets for use in extended reality (XR) exhibitions.

The UAE’s Ministry of Health and Prevention (MOHAP) also developed the world’s first healthcare Metaverse portal for providing services to citizens, namely amid the ongoing pandemic as well as for groups unable to reach facilities due to circumstances.