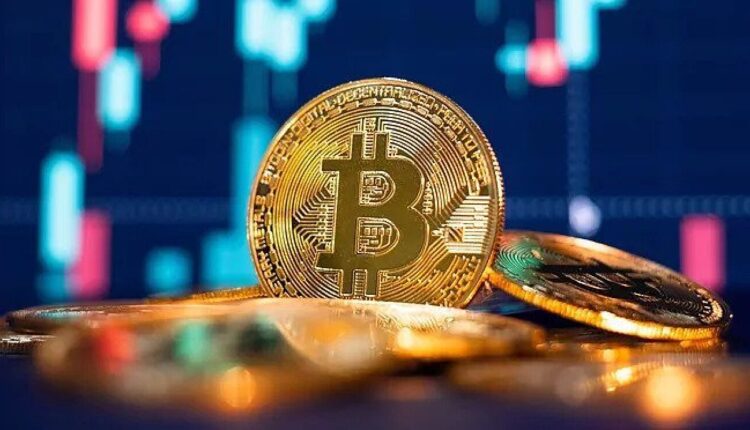 The cryptocurrency markets had a solid weekend, with Bitcoin’s price jumping back above the psychologically crucial $40k level on Friday for the first time since January 21. The most valuable cryptocurrency by market capitalization is currently trading for roughly $42,500, up 3% since yesterday morning and 15% since last week. Is there any more good news on the way?

The king crypto, which had been consolidating for much of last week, climbed to a three-week high today, gaining as much as 3% as of writing.

During Monday’s session, BTC/USD hit an intraday high of $44,000.00, as markets reacted to reports that Tesla now owns $1.9 billion in bitcoin.

Bitcoin made the move after breaking through a barrier level of $42,060 for the first time since January 21.

The EV maker announced that the fair market value of its bitcoin assets as of the end of 2021 was $1.99 billion in its recently filed Form 10-K to the US Securities and Exchange Commission. During the first quarter of 2021, Tesla made a $1.5 billion investment in bitcoin.

Bitcoin is a digital asset, which means it is notoriously volatile. Tesla clearly felt this throughout 2021, as the company reported $101 million in impairment losses related to the digital asset’s value last year. In March 2021, the corporation made a $128 million profit on bitcoin sales after selling a portion of its holdings.

Tesla briefly accepted bitcoin as a form of payment for its all-electric vehicles last year, but CEO Elon Musk later changed his mind due to bitcoin’s considerable environmental impact. Tesla, on the other hand, stated in its Form 10-K that it believes in the potential of digital assets such as bitcoin as an investment and a liquid alternative to cash.

Below is an excerpt of the relevant portion of Tesla’s Form 10-K:

“We continue adapting our investment strategy to meet our liquidity and risk objectives, such as investing in U.S. government and other marketable securities, digital assets and providing product related financing. In the first quarter of 2021, we invested an aggregate $1.50 billion in bitcoin. The fair market value of our bitcoin holdings as of December 31, 2021 was $1.99 billion.”

Tesla has been experimenting with another digital currency as a payment option, while it has yet to restart the pioneer coin payments for its products. Last month, Tesla introduced the means to pay for certain items in the Tesla Shop with Dogecoin, a meme-inspired cryptocurrency that Tesla CEO Elon Musk enjoys.

Related article | No New Lows: “Parabolic” Bitcoin Indicator Could Suggest The Local Bottom Is In