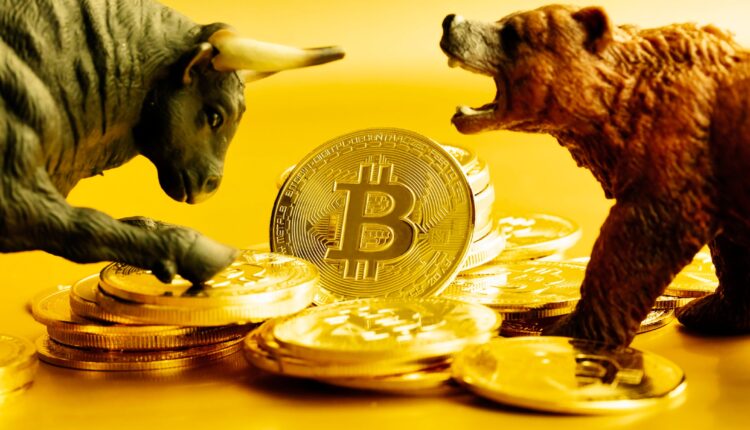 Bitcoin, the top asset in the industry has noted a sharp fall in prices over the last 24 hours. At press time, the king-coin depreciated by almost over 9.7%. Bitcoin dropped its value by almost $7,000 and was exchanging hands at $38,233.95. This marked an almost six-month low for the coin. This price level is the lowest ever since the first week of August last year. Following Bitcoin’s price action, altcoins followed suit as a majority of them were seen trading in the red at the time of writing.

Related Reading |TA: Bitcoin Dives Below $40K, Why Bulls Could Struggle In Near Term

What Could Have Potentially Caused This Big Dump

The bears had taken over the market, however, it isn’t safe to assume that the market would continue with a bearish outlook just yet. This could also be a price correction from which Bitcoin and major altcoins might recover over the upcoming trading sessions.

This retracement in Bitcoin’s prices from $43,000 could have happened for a number of reasons. Needless to say, crypto markets are volatile, however, current price movements of the major cryptocurrencies can be tied to a couple of recent developments in the crypto space.

This sudden substantial sell-off in prices could have been caused due to stock market weakness after the US Federal Reserve introduced high-interest rates and tapered the stimulus. The Fed hiking the interest rates in the form of tightening the overall monetary policy has, in turn, affected the unregulated market of cryptocurrencies.

All of the above-cited reasons have sent shock waves across the crypto industry causing the fear index to point at 19, a number that corresponds to “Extreme Fear” in the market.

Bitcoin Price Analysis: Crucial Trading Levels to Watch Out For

Bitcoin was priced at $38,233.95 after the coin nosedived close to 9% at press time. The asset flashed a death cross, which is considered to be extremely bearish in nature. The prices were beneath the 20-SMA line, indicating that sellers were responsible for driving the price momentum in the market.

The Relative Strength Index hurtled as it reflected the excessive selling pressure in the market. Currently, Bitcoin’s RSI was hovering beneath the 25-mark which meant that the asset was oversold and undervalued.

The support level for the coin stood at $37,982.40 and a push from the bears could make BTC trade at that aforementioned level. The Average Directional Index was near the 50-mark, implying a strengthening of the current price trend in the market. The resistance price level for the coin was $39,829.16.