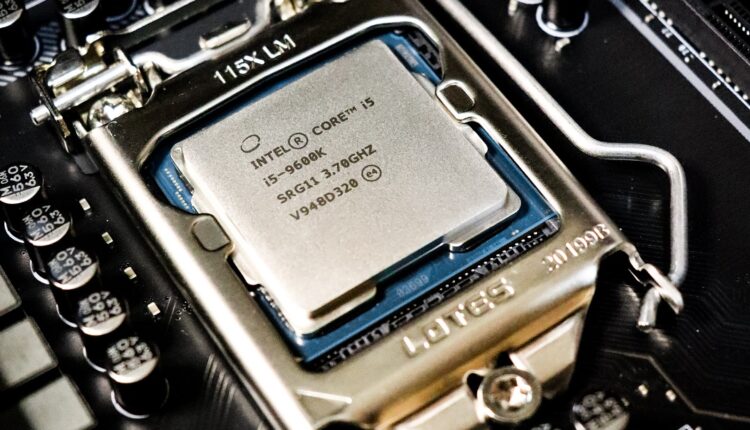 This could be huge. Intel plans to enter the Bitcoin mining space with a cleverly marketed “ultra-low-voltage energy-efficient” ASIC chip. Considering that the chip shortage severely delayed the next generation of ASIC miners, this is tremendous. And, more importantly, it opens up the door for Bitcoin miners manufacturing in the USA. And in the rest of the Western world, even.

In December, Raja Koduri hinted at Intel’s intention to get into the Bitcoin mining space. Even though he’s the chief architect and senior vice president of Intel’s architecture, graphics and software division, no one expected Intel to deliver so soon.

Intel jumping into the #Bitcoin mining ASIC manufacturing is a huge. We need way more chip fab in the USA. It will result in:

And it will also result in less reliance on Taiwan, who is being threatened by China aggression.

Details are scarce. There’s nothing on Intel’s official site. A quick search reveals that “Access to additional search results for “bonanza” is restricted”. However, we have the 411 on the project that goes by the code name “Bonanza Mine.”

What Do We Know About Intel ’s “Bonanza Mine”?

The product will be an “ultra-low-voltage energy-efficient Bitcoin mining ASIC.” According to Tom’s Hardware, the page that broke the news, Intel will reveal their new chip at:

“The ISSCC conference is a yearly gathering of the best and brightest minds in the chip industry. This year, Intel has a presentation scheduled in the ‘Highlighted Chip Releases’ category to outline a new “Bonanza Mine” processor, a new chip described as an “ultra-low-voltage energy-efficient Bitcoin mining ASIC.”

Apparently, Intel has been developing the product since at least 2018, when they registered “a patent for a specialized processing system that uses an optimized SHA-256 datapath.”According to Tom’s Hardware, “Intel has a wealth of experience in hardware-assisted SHA-256 algorithms due to the use of these instructions in its CPU products.”

This is huge news!

More competition in the hardware mining sector is welcome 🔥 pic.twitter.com/C7I1FQJxH6

“Being able to do much more efficient blockchain validation at a much lower cost, much lower power, is a pretty solvable problem. And you know, we are working on that, and at some point in time, hopefully not too far into the future, we will kinda share some interesting hardware for that.”

Why Is This Development Important?

Until now, ASIC Bitcoin miners manufacturing is controlled by Bitmain and Microbt, with Canaan, Strongu, and Ebang handling a minority of the market. All of those companies are Chinese. The chips are all made in Taiwan and South Korea. This poses a centralization problem for the Bitcoin network that seemed unsolvable until Intel’s soft announcement.

Now, the open-source Bitcoin miner that Jack Dorsey’s Block is working on makes a lot more sense. Theoretically, the silicon chip is the only part of an ASIC machine that can’t be bought in a hardware store. With that problem solved, by no less than an industry leader with immense manufacturing power, the sky’s the limit. If this whole thing materializes, expect a huge leap forward in the further decentralization of Bitcoin mining.

Bitcoin is a computer network. Every technology company will eventually plug themselves into it. https://t.co/pbTFiRqx0B

Also, Intel’s announcement certainly legitimizes Bitcoin mining as a business to watch for the next 100 years. As podcaster Anthony Pompliano said, “Bitcoin is a computer network. Every technology company will eventually plug themselves into it.” With this announcement, Bitcoin not only gets Intel’s seal of approval. The giant company now has skin in the game.

To close this off, let’s quote Tom’s Hardware one more time:

“For now, it isn’t clear if Intel will release the Bonanza Mine chip as a product for the public or if it remains confined to a research project. However, given that the chip is in the “highlighted Chip Releases: Digital/ML” track and Koduri’s comments, it’s logical to expect that these chips will be offered to customers in the near future.”

So, everything we said is not a done deal just yet. It smells good, though.

Bitcoin Millionaires Are Flocking To This North American Tax Haven. But What Do The Locals Think?