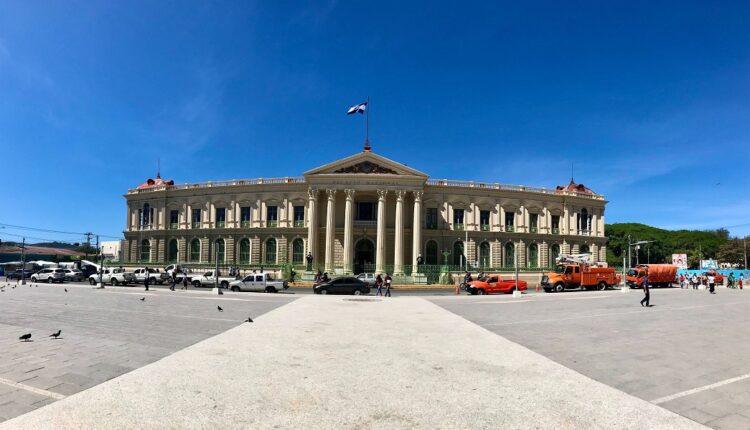 Will the plan work? Soon, the Bitcoin Bonds will get the legal foundation they need. In a recent TV interview Alejandro Zelaya, El Salvador’s Finance Minister, said they will send the necessary bills to Congress. Soon. Reportedly, El Salvador will initially issue $1B worth of bonds, which will have a ten-year maturity and carry a 6.5% coupon. The bitcoin that backs them will be locked for five years.

The project, announced by President Bukele at Labitconf 2021, includes plans to build Bitcoin City. More on that later. In a scheme worthy of MicroStrategy, El Salvador will spend half of the money on the construction of Bitcoin City and will buy Bitcoin with the other half. Will the plan work? Well, they have to sell the bonds first. And for those to exist, a regulatory framework is required.

What Did El Salvador’s Finance Minister Say About The Bitcoin Bonds?

In an interview in the local TV show “Frente a Frente,” Zelaya announced the plan’s following steps. Reuters reports:

The Finance Minister didn’t specify exactly when they will introduce the bills. According to El Salvador In English, Zelaya said, “This type of legislation is what we are going to send to the Legislative Assembly to be able to give legal scaffolding and legal certainty to all those who buy the Bitcoin bond.”

Through the Ministry of Finance’s Twitter, they quote Zelaya being even more daring. “El Salvador could become a regional center where other countries can issue debt, we have great advantages such as having a dollarized economy and being pioneers regarding crypto.”

It’s to cover and guarantee the #Bitcoin #VolcanoBonds, but also a full re-engineering of the economy and of the way a nation state does business.

Everybody searching for freedom: this is the place to come 🇸🇻https://t.co/zupEKC3usB

Adding fuel to the fire, President Bukele said via Twitter, “It’s to cover and guarantee the Bitcoin Volcano Bonds, but also a full re-engineering of the economy and of the way a nation state does business.” Not satisfied with that bomb, he added, “Everybody searching for freedom: this is the place to come.”

What About Bitcoin City? Is That A Go?

“According to Bukele, Bitcoin City will be a full-fledged metropolis with residential and commercial areas. It would also have shopping centers, restaurants, a port, an airport, and railway services. There would be no income, property, capital gains, or payroll taxes. Residents would, however, be subject to just value-added tax (VAT). This tax will go towards paying for the municipality’s bonds, public infrastructure, and city maintenance.”

However, more recently, an investigative report by podcaster Anita Posch cast doubt upon the Bitcoin Bonds and the whole enterprise:

“Apparently, the seemingly advanced plan for Bitcoin City was a collage. “At least some of the Bitcoin City presentation slides were downloaded from the internet and there was no detailed plan behind the announcement.” Not only that, the structure behind the Bitcoin bonds that will finance the whole operation was also improvised. “The way the Bitcoin bonds will work was finally decided only a few minutes before Samson Mow took the stage.”

However, the plan is a go, and Blockstream’s Samson Mow is all-in on it. He recently tweeted the trailer for an upcoming documentary on El Salvador and its Bitcoin City plans. In the tweet, he threw an extremely optimistic, “Bitcoin is going to save the world and it starts here in El Salvador.”

Here’s an amazing trailer from @anna_tutova for a new documentary on everything that’s happening in El Salvador and #BitcoinCity. #Bitcoin is going to save the world and it starts here in El Salvador. 🇸🇻🌋🚀@nayibbukele @WilliamSorianoH @fulloa51 @maxkeiser pic.twitter.com/GcBUV8d9RN

Will the plan work? Is Bitcoin City a real project or a hastily put together mess? Do the Bitcoin Bonds offer a high enough return? Or are the Bitcoin Bonds too risky? Wouldn’t it be better for an investor to just buy bitcoin with that money? Or are we missing something?

To answer all those questions and more, El Salvador needs a regulatory framework to issue the Bitcoin Bonds. And the roughly twenty bills that guarantee that are on their way to Congress.