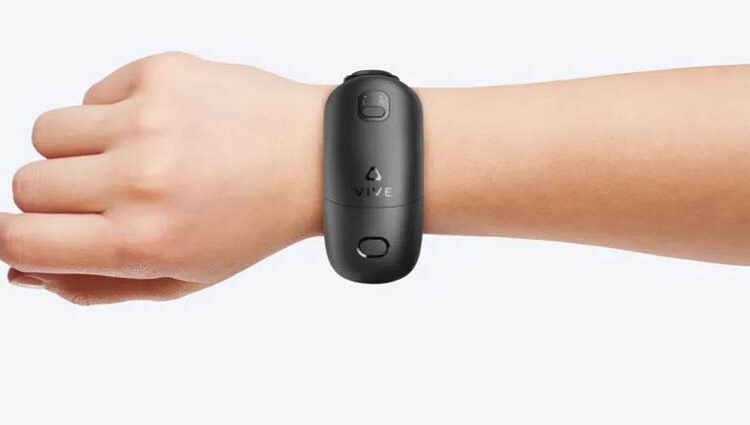 According to the Taiwanese firm, it will debut its hand-tracking wearable in the first quarter of 2022 and will cost roughly £119 GBP.

HTC’s new input device is half the weight of Focus 3 controllers and has an 85 percent smaller form factor than previous Focus 3 inputs.

The lightweight controllers attach to a user’s wrists and its outward-facing cameras on the Focus 3 translate hand movements into game inputs.

HTC will also debut a pair of new accessories that greatly improve Focus 3 functionality, including a charging case and multi-battery charger, but has yet to confirm the price or release date of both.

Currently, customers can purchase the headset for £1,272.00 GBP.

At the same time, HTC debuted the consumer-grade VIVE Pro 2 as a more accessible device available as a full kit for £719 GBP.

HTC also provides a variety of tracking and input add-ons to improve immersion when using HTC PCVR headsets, including:

Speaking further on the new tools, Rick Smith, Chief Executive of AXON, a key development partner for the devices, said that few things were more important than “creating a seamless and immersive user experience” than incorporating the Wrist Tracker into his company’s training platform.

He concluded the device was “key” for allowing accurate object tracking “beyond the capabilities of Hand Tracking alone”, adding the product was an “amazing development” for de-escalation training for officers using handheld tools such as tasers and other devices.