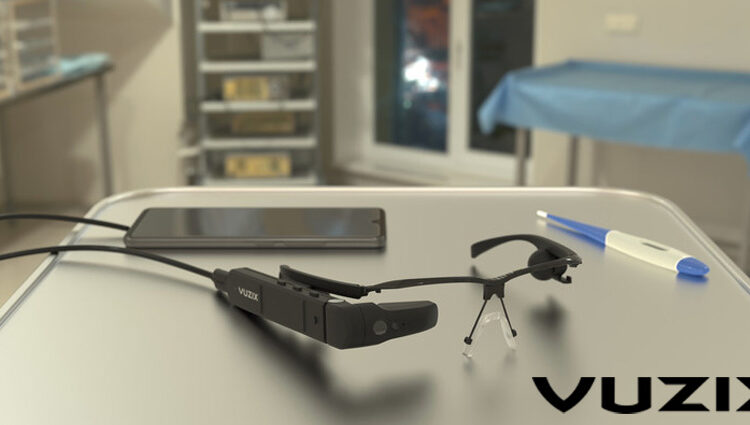 Vuzix Corporation revealed on Tuesday ahead of the CES 2022 event it had launched its M400-C augmented reality (AR) smart glasses.

Priced at $1,199 USD, Vuzix plans to ship the head-mounted displays (HMDs) in the first quarter this year and will offer full availability in the following quarter.

According to the firm, the new smart glasses will offer:

Paul Travers, President and Chief Executive for Vuzix, said the device was an “ideal solution” for enterprise users seeking additions to current smartphones or Windows computers.

“It targets similar general use cases as our M400, but just plugs into another device to serve as a very capable tethered USB-C peripheral. This solution is ideal for users wanting to use a wearable device for hands-free access to their smart phone or Windows apps”

The news comes just weeks after the US tech firm inked an agreement with Verizon in December to integrate the latter’s 5G and edge computing solutions for AR-powered sporting and gaming events.

The partnership aims to advance AR training experiences using the US telecom’s 5G Ultra-Wideband solutions with Vuzix Shield smart glasses, which received an Honoree Award at the CES 2022.

A new innovation of Vuzix #smartglasses with the power of Verizon’s #5G and Edge #computing platform to deliver first-of-its-kind #augmentedreality experiences for #Sports and #Games.

Many telecoms such as Verizon, Ericsson, Nokia, Huawei, and others are leveraging edge computing to allow smart devices, mobiles, tablets, and internet-of-things hardware to run with longer battery life, faster response rates, and greater computing capabilities, as well as facilitate the creation of the Metaverse.

“By leveraging Verizon’s 5G Edge and ultra-light weight AR smart glasses from Vuzix, we are delivering immersive technology in the field of sports training and fan experience”

Everything You Need to Know About Sony’s PSVR 2