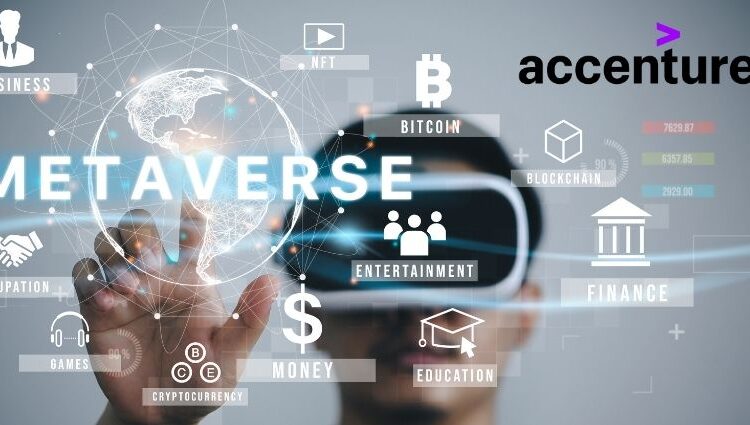 0
Share
For Accenture, 2022 is the year of its Metaverse Continuum, which is expected to be critical for the business and technological sectors. According to the global consulting giant, success in this environment will need more than simply learning new technologies and embracing innovation.

Businesses are rushing toward a world that is fundamentally different from the one they intended to work in, namely as technologies such as extended reality (XR), blockchain, digital twins, and edge computing, have appeared to reshape human experiences as discussed in Accenture’s Technology Vision 2022.

The cloud, blockchain, edge technologies, and other cutting-edge innovations are all part of Accenture’s Metaverse Continuum, which will evolve as businesses build new products, services, and applications.

The group’s leader, Paul Daughtery, Accenture’s Group CEO of Technology and CTO, revealed that his firm selected the term “continuum” as it expects the Metaverse to become a “spectrum of digitally augmented worlds, realities, and economic models.”

Importantly, Accenture also runs its very own metaverse, the Nth floor, in collaboration with Microsoft, where its employees can attend immersive learning and new recruit onboarding or just socialize as teams. The business anticipates that at least 150,000 new recruits will begin their job in the Metaverse throughout this fiscal year.

This new business group will work with clients on innovative solutions based on the following capabilities:

Accenture’s shift to the Metaverse has prompted it to join the Washington, DC-based XR Association in Feb of this year, along with many other leading tech companies, in order to help the sector move toward more innovation, interoperability, and collaboration.

In the age of the Metaverse Continuum, immersive learning will also become a critical area for advancement. Accenture also launched a strategic investment in online data firm Inrupt in a bid to allow internet users control of their personal data in the context of Web3.

Bitcoin Will Rebound In 2nd Half Of 2022, Says Bloomberg Analyst