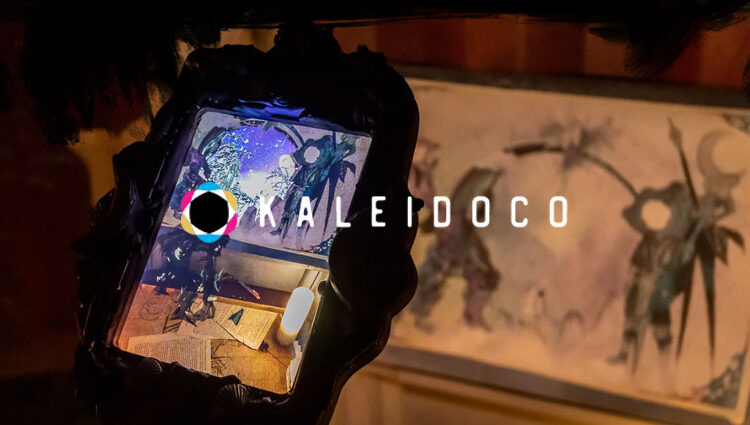 Numerous investors in the gaming, entertainment, and blockchain industry joined the funding round, including Animoca Brands, GameFi Ventures, Jane Street, Merit Circle, Nexo, SuperChain Capital, The Seelig Group, Gemini, and Adit Ventures, among others, it was revealed in a press release.

The news comes as the firm hopes to accelerate the development of its AR Tech Platform and Particle Ink Metaverse, which the company debuted at the TED2022 event in April.

Released at the event’s 2.5th Dimension exhibition, Kaleidoco showcased its AR Multi-Viewer technologies, allowing over 1,400 attendees to view AR experiences at the same time along with project mapping and live performances in a global broadcast.

The firm’s Particle Ink: The Speed of Dark demo will also take place at the Las Vegas Arts District from Wednesday to Sunday, and will also feature an AR NFT collection, GameFi experience, and the brand’s Augmented Unification Technology, it added.

Jennifer Tuft, Co-Founder and Co-Chief Executive of Kaleidoco, said in a statement the enterprise’s mission was to “propel Web3 and mixed reality entertainment forward” using its AR technologies to “engage, inspire, and connect the world.”

Cassandra Rosenthal, Co-Founder and Co-Chief Executive, added the firm was “excited and driven” by AR’s future potential “in and out of the entertainment sector,” adding it could potentially play a larger role in the Metaverse than virtual reality (VR).

“AR is the 4th dimension layered onto everyday life. We are already seeing the beginnings of this for instance in social interactions, education, and retail which seamlessly engages customers and clients more robustly”

The developments come after XR entertainment firm Illuminarium unveiled at the Integrated Systems Europe (ISE) 2022 in Barcelona it would expand its experience centres across the world, namely in a bid to democratise “extraordinary experiences,” CEO Alan Greenberg said in a keynote at the event.

The firm aims to expand its immersive experiences in Atlanta, Georgia, Miami, Chicago, and others over the next 18 months, in addition to managing its 15 million-person fan base and 25 current centres.