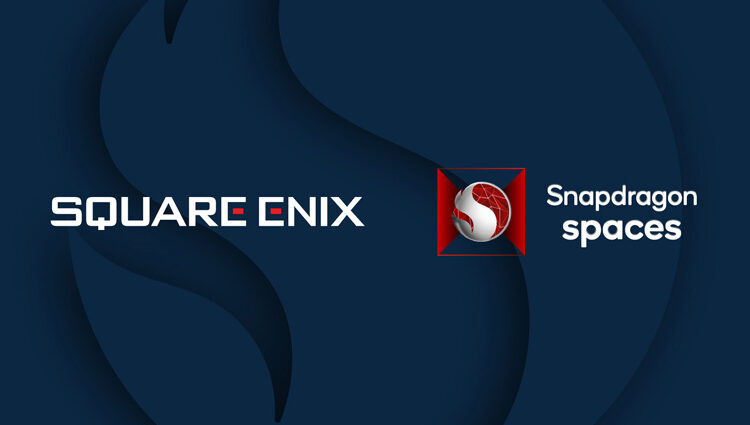 Qualcomm Technologies, a global leader in mobile and wireless 5G components, has partnered with Square Enix Co Ltd to create immersive extended reality (XR) experiences for the latter’s network of studios and intellectual properties (IP), it was announced on Monday.

Square Enix, a Tokyo, Japan-based entertainment company, has contributed to the historic success of games such as the Final Fantasy, Dragon Quest, Tomb Raider series, which have sold over 164 million, 83 million, and 85 million units globally, respectively.

“We have been investing in XR and look forward to building on Snapdragon Spaces. In particular, we think the time is right with XR to innovate on games of a classic genre we are especially known for, and we look forward to sharing them with the world to further our mission to help spread happiness across the globe”

“Square Enix has a rich history of bringing in deep storytelling and engaging gameplay that have pushed the potential of new gaming platforms over each console generation. We’re excited to work together and raise the bar of what’s possible in gaming with AR glasses using Snapdragon Spaces”

The news comes as the San Diego, California-based tech giant announced on Monday it had launched a $100 million USD Metaverse fund after reaching several crucial milestones in the XR market.

Qualcomm Ventures has deployed the funding along with a grant programme from Qualcomm Technologies to generate further XR solutions for gaming, media, health and wellness, education, entertainment, and enterprise-level solutions, among others.

Applications are expected to open in June, Qualcomm said in its statement.

The announcement comes amid the acclaimed Game Developer’s Conference 2022 in San Francisco taking place from 21 to 25 March. Major companies such as Qualcomm, Samsung, Tencent, The Sandbox, Unity Technologies and many others have sponsored the event.

See you tomorrow at #GDC22 — don’t forget to stop by booth S650 in the south hall for a look at @Snapdragon Spaces, Snapdragon Elite Gaming, and the new #Snapdragon G3x Gen 1 Gaming Developer Kit. pic.twitter.com/XTbdjmKirX

“We deliver the groundbreaking platform technology and experiences that will enable both the consumer and the enterprise to build and engage in the metaverse and allow the physical and digital worlds to be connected. Qualcomm is the ticket to the metaverse. Through the Snapdragon Metaverse Fund, we look forward to empowering developers and companies of all sizes as they push boundaries of what’s possible as we enter into this new generation of spatial computing”

According to the company, the Metaverse Fund will support innovation across the world’s XR ecosystem via investments and grants for content projects while providing early access to fresh platform technologies, hardware kits, global investor networks, and promotional opportunities.

The news comes after Qualcomm launched similar key partnerships with major tech firms such as T-Mobile to launch an Accelerator Spring Immersive Technology Programme aimed at promoting tech startups, including Prisms of Reality, Condense Reality, Everysight, Flow Immersive, and others.

The Programme will allow Qualcomm to expand its massive global ecosystem to support the rapid growth, development, and interoperability of new technologies for the XR industry. Companies such as TRIPP, Niantic, and Meta have immensely benefitted from the new collaboration.

The impressive lineup of companies joining the Snapdragon Spaces also includes Microsoft, who jointly developed a new Metaverse chip for AR devices, and Lenovo for its ThinkReality A3 smart glasses.

The world-class enterprise also partnered in February with the Washington, DC-based XR Association, along with Accenture and Unity Technologies, in a major push to collaborate with companies across the world to guide the global XR community and expand its Spaces ecosystem.

Speaking to XR Today in a round table discussion, Hugo Swart, Vice-President and General Manager of XR and Metaverse of Qualcomm Technologies, explained how Snapdragon Spaces would “enable and scale” head-mounted AR solutions “at the dawn of the Metaverse,” namely by reducing developer friction and unifying AR features for global device makers and distributors.