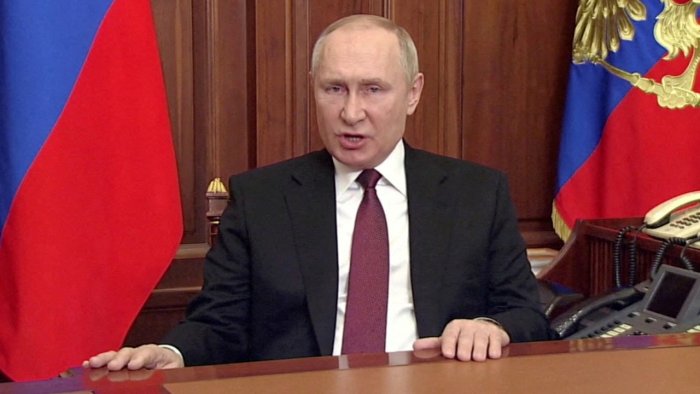 The cryptocurrency attempted an upside run beyond $39,500 and $40,000 but corrected down on Sunday as Putin increased the alert level on his country’s nuclear deterrence in the face of new Western sanctions for assaulting Ukraine.

Additionally, it was a gloomy session for the remaining major cryptocurrencies.

BTC has begun a downward correction and is currently trading below $38,290.

It has now established a new high above the $37,500 support zone.

The news of Russia’s nuclear forces being placed on “special alert” and the West’s synchronized response impacted market confidence.

The European Union responded by announcing that it would finance the “purchasing and supply of weapons” and other gear to a country “under assault.”

Additionally, it closed its airspace to all Russian aircraft and prohibited the Russian state-owned television network Russia Today and news agency Sputnik from operating.

Bitcoin must break through the $38,202 pivot point in order to challenge the first big resistance level at $39,360.

Bitcoin – the world’s most desired digital asset – would require broad market support to break through the $39,000 barrier.

The Russian invasion of Ukraine will continue to be the primary focus of attention.

Any further escalation by Russia or the West would put Bitcoin and the larger crypto market’s backing to the test.

Apart from the news, US President Joe Biden’s State of the Union Address on Monday night and Federal Reserve Chairman Powell’s Testimony on Wednesday and Thursday is also expected to weigh down on the broader market sentiment.

Meanwhile, on the regulatory front, we’re keeping an eye on the White House Executive Order on cryptocurrency and the EU’s Markets in Crypto Assets launch.

MICA is a proposed regulatory framework for digital assets that parliamentarians are actively considering.