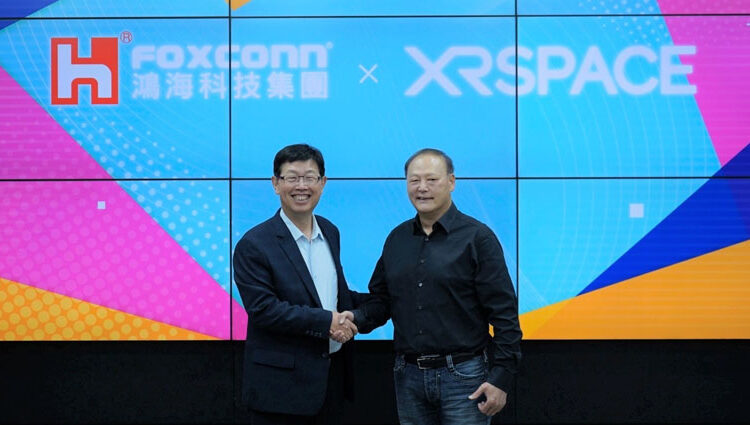 Foxconn, or the Hon Hai Technology Group, announced on Tuesday it had inked a Memorandum of Understanding (MOU) with extended reality (XR) hardware solutions firm XRSPACE.

The manufacturing giant’s partnership with XRSPACE aims to develop the next wave of visual reality solutions set to build the Metaverse, with the former investing up to $100 million USD in the latter.

XRSPACE has pioneered numerous technologies such as AI, Metaverse avatars, and 3D virtual spaces as well as hand and hologram tracking, among others, and now plans to integrate its solutions with Foxconn to build new Metaverse ecosystems under a shared vision.

The joint effort will unveil fresh innovations for consumer experiences, components, manufacturing, and other use cases for the Metaverse, the new spatial communications platform and future iteration of the internet and smartphones set to take shape in the near future.

Show us what you got from @solexwatchco S2 Mystery Box! Create your own #metaverse 3D showroom now https://t.co/r67b4tTeMS pic.twitter.com/VYKf779ULj

The company launched a similar venture with Pico Interactive and Rokid for use on Neo virtual reality (VR) headsets and Air augmented reality (AR) smart glasses, respectively. The virtual space is also accessible via the Meta Quest 2 and XRSPACE’s Manova VR device, it announced in late January.

The news comes after Foxconn employed the GOXR platform at the Hon Hai Tech Day event in October last year, leading to positive feedback from enterprises and consumers, the company said in a statement.

According to the agreement, the massive deal will allow XRSPACE greater access to building Metaverse infrastructure, allowing the firm to expand and optimise products.

XRSPACE will focus on several key technologies, including:

Young Liu, Chairman of the Hon Hai Technology Group, stated that XRSPACE was a Metaverse pioneer that had “established various technologies and Metaverse platforms.”

Liu said in a statement that Foxconn envisioned the partnership would enhance its software technology to deliver a “holistic metaverse hardware and software ecosystem.”

“Foxconn’s approach towards the Metaverse is the same as that for electric cars—we will provide our expertise within the framework rather than solely focusing on the end product, developing in key areas that include AR/VR, software, infrastructure, content and applications and addressing the increasing demand for cloud services and more powerful server architecture”

Peter Chou, Chairman and Chief Executive of XRSPACE, added he was “super excited” to partner with Foxconn to strengthen future Metaverse experiences and develop the global market.

“In order to create a bigger and better metaverse in the future, we need to combine cloud, AI, edge computing, 5G and storage. This is the key reason for this partnership. Foxconn has a clear vision [on the] metaverse. We believe there are so many things we can do to complement each other and work together to make the metaverse better”

Taiwan as a Global Metaverse Developer

The latest developments come as Taiwan positions itself as a global leader in Metaverse technologies, namely as one of its largest consumer and enterprise tech firms, HTC, rapidly expands its product lineup of VR, AR, and MR devices to facilitate such growth.

The massive enterprise also opened sales for additional technologies such as wrist tracking wearables and a new non-fungible token (NFT) marketplace for buying and selling digital art, among others.