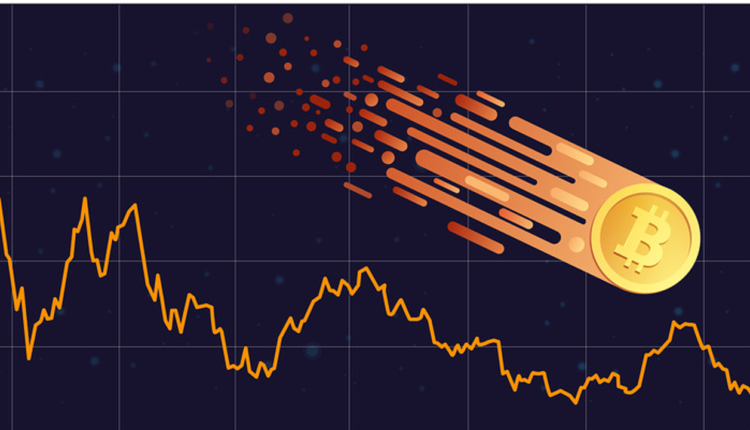 Bitcoin prices declined for the sixth day in a row Tuesday, falling about 12% from the same time last week.

BTC fell to its lowest level since February 4 as it approached its long-term support of $37,200. The crypto’s price strength is now fully oversold, with the 14-day RSI tracking at 39, its lowest level in more than three weeks.

The most recent BTC drop on February 21 brought the world’s leading cryptoasset close to $37,000, but a surprise bounce in the late hours Monday saw BTC trade at $38,607.

According to market statistics, Bitcoin is presently seeing a “tepid” demand, with the asset’s price fluctuating around $38,000, down 44.97% from its all-time high.

There were about 275K daily active entities on the Bitcoin network as Tuesday. This activity level was significantly lower than its bull market highs, indicating decreasing demand from new customers.

The Bitcoin price drop appeared to shake up the market and market players; nevertheless, the coin seemed to make some attempts at recovery.

Similar to Bitcoin, Ethereum prices were down to start the week, with the world’s second-largest cryptocurrency trading over 9% lower than it was on Monday.

ETH/USD hit an intraday low of $2,585.95, its lowest level since February 3. The impending fall cross of the 10-day and 25-day moving averages, which only recently gave vital signs of more rising momentum, has been delayed by this minor bounce.

If a recovery wave occurs, the market may encounter resistance near $2,680. The following central resistance zone is at $2,750, above which the price might reach $2,880.

Uncertainty and increasing tension between Russia and Ukraine sank the global crypto market to its lowest level this week, resulting in massive losses for investors.

Russian President Vladimir Putin has given the go-signal Tuesday for Russian forces to take two Ukraine regions reportedly held by the rebels, drawing the ire of the West.

Meanwhile, investors continued to avoid risky assets in the face of geopolitical tensions, putting downward pressure on Bitcoin and other cryptocurrencies.

The crypto community was prompted to unload their “risky” digital assets to safeguard their portfolios from additional price losses.