XRP Price Surges – Is Ripple Winning The Fight Against SEC? 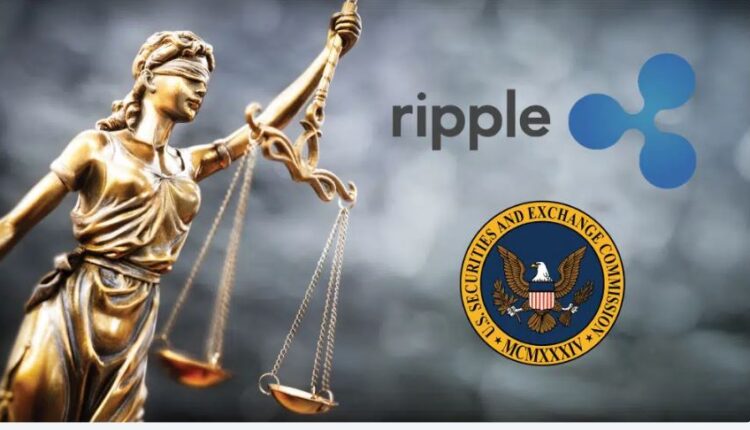 Ripple, a Fintech company, makes substantial headway in its legal fight with the U.S. Securities and Exchange Commission. The XRP (the world’s seventh-largest cryptocurrency) issue will be resolved soon, according to CEO Brad Garlinghouse, who is optimistic about the case’s conclusion date.

XRP continued a week-long surge in the market today that began after a judge in an ongoing legal tussle between Ripple and the SEC made beneficial rulings for Ripple.

Judge Analisa Torres said late last week that she would authorize the release of certain documents related to the dispute, which has been ongoing for over a year and concerns how the XRP cryptocurrency was sold.

A lawsuit filed almost two years ago might determine the destiny of Ripple.

The SEC filed a lawsuit against Ripple and two of its executives on December 22, 2020. They allegedly traded $1.3 billion of their cryptocurrency XRP as security without informing the SEC.

They point to its funding of Ripple and assert that the company’s platform is not decentralized. Ripple has since argued that the SEC’s decision is biased.

In a civil case filed at the end of December, the SEC contended that XRP is a security since it is needed to sustain Ripple’s infrastructure, which enables merchants to conduct financial transactions. Because of the XRP sales, the platform’s administration was also well-funded.

Related Reading | The SEC Files A Strike Against Ripple’s Defense. Could It Drown XRP?

According to SEC requirements, securities must be registered with the SEC, and some financial information must be made public. The purpose is to combat fraud and protect investors’ interests.

When deciding whether a virtual currency is a security, the commission employs the “Howey Test,” based on the 1946 Supreme Court decision in SEC v. W.J. Howey Co. The criteria are that if an asset is sold with the prospect of benefit from the labor of others, it qualifies as a security. The SEC’s current definition of XRP in their case would satisfy the Howey test.

As of now, each side is still presently gathering evidence to support their separate claims.

What To Expect From Ripple?

As news of the case spreads, XRP gains popularity. As investors digest the news, the currency is up 18%, trading at about 80 cents. Trading volume is also increasing, with over $3.4 billion in XRP changing hands as of Tuesday, an almost 250% increase from the previous day.

Investors are pretty enthusiastic about Ripple’s price potential. However, how high can XRP go? What’s the limit for XRP’s value?

To find out what the experts think, let’s look at some XRP price predictions:

Ripple — lawsuit or no lawsuit — is expected to break past the $1 threshold this year. According to CoinPriceForecast, XRP will be worth $1.07 by the end of the year. A similar prognosis is made by Digitalcoin, which predicts a $1.09 price for XRP by the end of 2022.

Wallet Investor is a little more optimistic about XRP over 12 months. According to the website, the currency is expected to be worth $1.23 in February 2023.

Meanwhile, Gov Capital’s one-year projection is similar, with XRP expected to trade at $1.29 by February of next year.