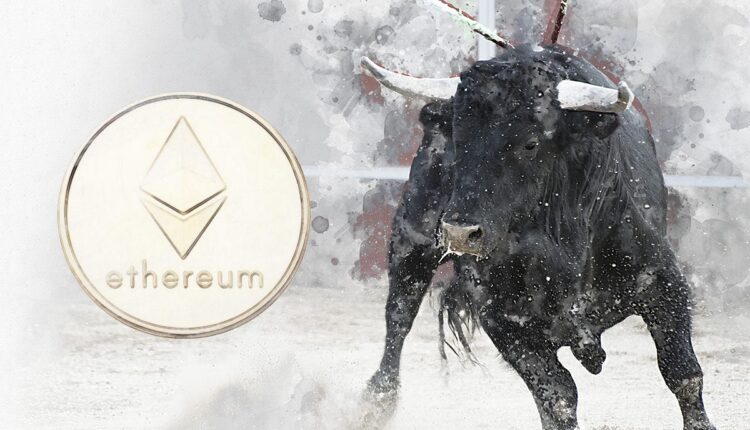 ETH had seen its price take a tumble along with the rest of the market in the January market crash. But while the broader market had panicked, whales had seen this as an opportunity to fill up their bags at low prices. It was basically a free-for-all as sell-offs had rocked the digital asset. Three Arrows Capital was among those who had taken advantage of the low prices.

The hedge fund which is headed by Su Zhu had loaded up on ethereum, pouring tens of millions of dollars into the asset. This comes despite CEO Su Zhu’s comments about the Ethereum network, which he has disparaged in the past. It seems that while Zhu may no longer be a fan of ethereum, his firm is taking the step to leverage the opportunities presented by the network.

A new report from Wu Blockchain has shown that Three Arrows Capital (3AC) had been ramping up its crypto buying activities. The firm had gone on a buying spree that came out to more than $50 million worth of ETH purchased. An address that was identified to belong to the hedge fund had been rapidly buying thousands of ETH over a couple of days.

Most of these ETH had come in increments of 2,000 at a time, staking up over time to a significant balance. As of the time of this writing, the total value of the Ether had grown by almost $2 million, now sitting at over $58.5 million.

CEO of 3AC, Su Zhu, has not been the biggest fan of Ethereum in recent times. In November last year, NewsBTC had reported that the CEO had reportedly said that he was leaving the ethereum project behind. This is a project that Zhu has supported in the past but he had given reasons for him taking this decision, the high cost of a transaction is at the top of the list.

Related Reading | Bitcoin Settles Above $43,000, But What Does The 4-Year Cycle Say?

Zhu lamented that ETH had abandoned its users due to its high fees. At that point, the transaction fees had risen exponentially due to the high traffic on the network, leaving smaller investors being unable to use transact on the blockchain. Zhu had referred to the situation as “gross” given that newcomers were unable to enter the space due to high fees.

The CEO’s lamentations had not affected his investment firm’s view on the digital asset, however. About two weeks after Zhu had made the comments, Three Arrows Capital had purchased 156,400 ETH for about $676.37 million and had transferred it to its wallet which Wu Blockchain had identified as belonging to the firm.

Zhu, too, had softened his stance on the ethereum network after widespread backlash, saying that he loved “Ethereum and what it stands for.” Nevertheless, 3AC has maintained its support for the network. This is evidenced by the rapid rate at which the firm has been accumulating ETH.

Why Bitcoin Hasn’t Bottomed Out Yet, This Signal Will Tell When It Has