The Bear Signal That Suggests Another Bitcoin Crash Is Coming 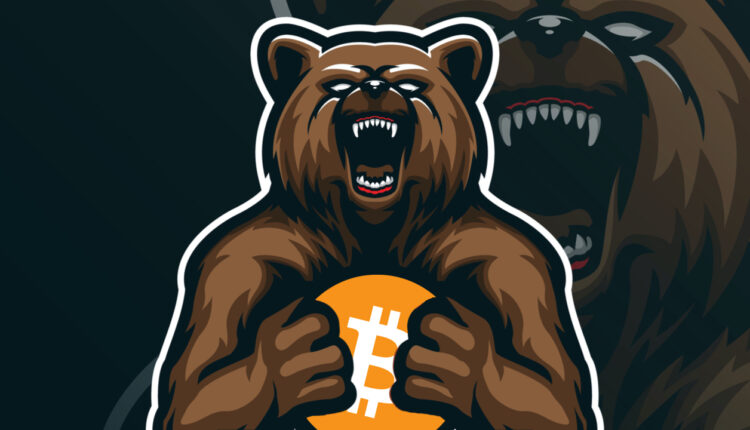 Bitcoin has recently recovered above $40,000 to much fanfare from investors. This has been a long time coming given how low the digital asset had gotten following the market crash. It is a significant point to cross in the road to another bull rally. One thing though, is that the cryptocurrency still has a long way before it is back in bull territory, which market analyst Justin Bennett puts at the $45,000-$46,000 level.

As the market tries to work its way towards this bull trend, there are also signals that suggest that a bull rally is not the only likelihood in the near future of the digital asset. In fact, bitcoin recently tripped a trigger that suggests that the market is likely to fall into another crash before bulls can take proper hold of the values.

Indicators like the moving average and simple moving average can often point investors and traders towards the next steps in the market. For the longest time, bitcoin continued to trade above its 50-day moving average, suggesting a continuation of the bull rally, which has mostly been the case. This time, however, the digital asset has not been able to hold above this important metric.

Related Reading | Dave Portnoy Is Now A Bitcoiner, Thinks You’re An Idiot If You Don’t Hold Any

For the first time in over a year, bitcoin has traded below its 50-day moving average. Now, this may not seem like a big enough deal to pay attention to given that the cryptocurrency just started to mark another bullish recovery trend. However, it becomes more pertinent data to look at when we take a look at what has happened historically when this happens.

Bitcoin has only traded below its 50-day moving average three times previously. Each time that this has happened, the outcome has always been the same; there is a crash. It followed this in 2014, 2018, and 2019. Once again, bitcoin has failed to trade above the 50-day moving average, and if history is any indicator, then BTC could very well be headed towards a price crash.

Where Are The Points To Sell?

For bitcoin and other cryptocurrencies, there is never a ‘perfect’ point to sell given that it is near impossible to predict where the market will swing. However, placing buys and sells between indicators can help one come close.

This trader expects the digital asset to see further downside before the bulls take over. This means that investors who do not wish to hold for the long term must decide the best points to offload their bags before bitcoin continues to decline.

The current head and shoulders pattern will see breakout sellers target the current bullish trend, making it short-lived. The time between when these sellers emerge and when the current bull run ends will be the sweet spot. From there, the imminent crash will see bears take over the market, and fast, too.