What A Decline Under $35,511 Would Mean For The Price Of bitcoin 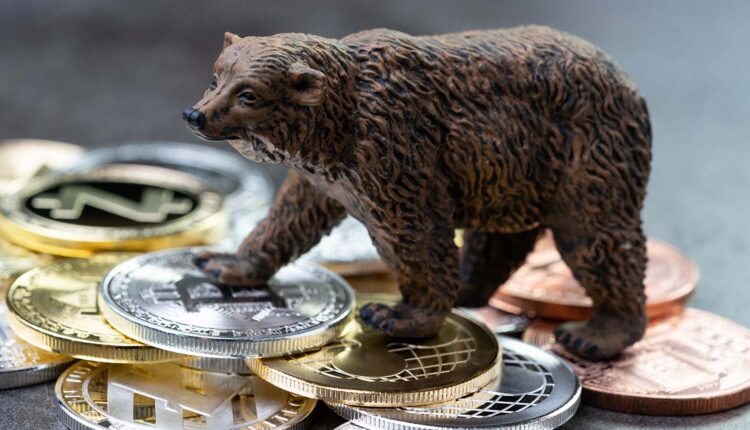 Bitcoin has lost its footing at $37,000 and has now slipped into the $36,000 territory, sending the market into another frenzy of fear. It comes on the back of widespread speculations that the digital asset had indeed hit its bottom. But with the current trend, the digital asset may end up sliding down further. To this end, Fundstrat analyst Mark Newton has laid out the possibilities for bitcoin if it declines further than $35,511.

Technical analyst Mark Newton has put forward a bullish outlook for bitcoin if it falls below this point. He told Bloomberg that a decline under this would inevitability lead to a test of $32,950. Also adding that the price of the digital asset moving above $40,000 would be an important point for the bulls.

However, the market has seen massive sell-offs close to this price point in recent times that Newton’s predicted point for the bulls is yet to be hit. With the digital asset suffering so many price dips in such a short period of time, bitcoin looks more likely to fall below $35,511 than it is to give bulls a much-needed pull above the $40,000 point. The Fundstrat analyst explained that without reaching this point, the asset would remain on a downward trend.

“Until $40,000 is exceeded on a daily close, it remains in a downward sloping pattern, and it’s tough to rule out further weakness technically speaking,” the analyst said.

This reflects the cautious way of thinking that Newton is using to look at the market. At a point like this, there is no way to tell for sure what the market will do, so being wary is the best cause of action.

Bitcoin Bottom Is Not In

Bitcoin’s price still remains firmly in the $36,000 territory, suggesting that the short-term rally might be over. Bearish sentiment is the order of the day with market sentiment falling deep into extreme fear.

Bitcoin Topside Bias Vulnerable If It Continues To Struggle Below $38K