The Music Industry in the Metaverse: Re-Energised Revenue Streams 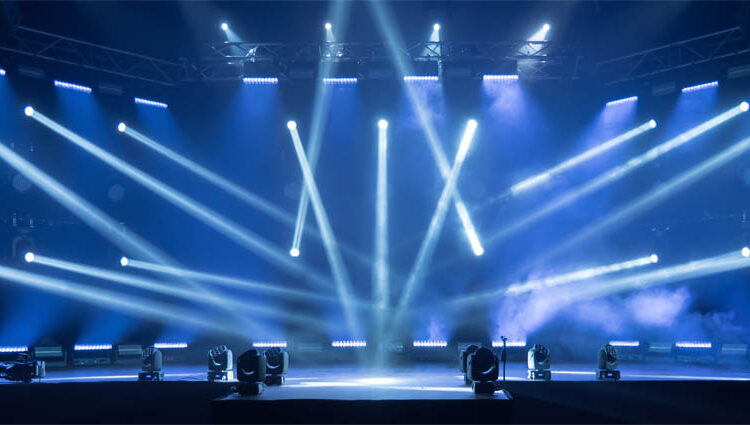 They saw a digital avatar of Travis Scott perform in familiar locations across the game while the audience launched into outer space.

It was among the most large-scale events conducted by Epic Games – and paved the way for the future of entertainment, gaming, and music.

The Fortnite X Travis Scott collaboration is a good example of how music could transform inside the metaverse. When Facebook rebranded itself as Meta, the term metaverse shot into popularity.

The word means beyond the universe, but it can be better described as the blending of digital environments and the physical world.

Let us explore the dynamics of the metaverse and its impact on the music industry.

Imagine stepping into a digital world, an interconnected space where you can interact with virtual objects and other users in real-time. While the concept is not new, the rebranding of Facebook as Meta sparked metaverse conversations all around.

The metaverse is a combination of three components.

First, it comprises technology that enables digital content to be fused with the real world. Augmented reality (AR) is an example of this component – for example, Facebook announced that it would integrate AR into their Messenger service as part of the metaverse.

Third, the metaverse is a culmination of data about the physical world (e.g., places of visit) and the user (e.g., personal interests).

Companies like Meta (previously Facebook) can extract this information from user profiles, as well as ongoing research initiatives like Project Aria. Consider Amazon’s Alexa and how it helps locate stores near you.

This is a simple example – in the metaverse, it is all about obtaining real-time information instantly and leveraging it to optimise the user experience.

It is easy to imagine how this could create an environment perfectly conducive for live events, particularly musical performances. What’s more, VR tools could transform the creative process to impact the music industry at a production level.

Online gaming platform Roblox is among the early movers in the metaverse segment. It remains one of the most popular games globally, with an ever-increasing user base.

Its gaming platform operates as an independent metaverse, and it partners with other big brands to build virtual worlds as a part of its ecosystem.

Take, for instance, how Nike and Roblox came together to create NIKELAND, where users can design, connect, share experiences and challenge each other.

Roblox collaborated with Nike to build this unique world modelled on its real-life headquarters and inside Roblox’s immersive 3D space, accentuating its target of turning sport and play into a lifestyle.

It was no surprise when Roblox, just like Epic Games, ventured into music. They partnered with the leading electronic music event producer, Insomniac, to host a dance music festival called Electric Daisy Carnival (EDC) in their metaverse.

They also bring guaranteed funding from Warner Music Group and have hosted several virtual concerts with the musical duo, Twenty One Pilots.

In a recent announcement, Roblox said they would host a bigger virtual show where Billboard Emerging Artist Tai Verdes will appear in an avatar form to perform.

As these examples illustrate, digital concerts have gained incredible popularity since the pandemic. Now, more than ever, there are massive opportunities for the music industry in the metaverse.

That’s because, in VR, music is not limited to virtual streams only, but can deliver a curated immersive experience for the audience.

Further, in the metaverse, fans can be more than passive listeners. They can socialise, interact, and move around, just as Mark Zuckerberg envisioned in his Connect 2021 keynote.

In Facebook’s metaverse, there are interconnected spaces that users can traverse — among these, Horizon Venues is the virtual space for events. By putting on a Quest headset, you can attend concerts from home and have a 3D avatar appear at the actual show.

Horizon Venues also makes it possible to organise meet-and-greet sessions with the artists in a virtual environment.

As the production and experiential efficiencies of technology continue to evolve, the music industry has to adapt to these innovations and pivot accordingly.

How artists are performing is changing and, with it, the consumer expectations. Artists and producers can no longer rely on conventional production techniques and channels to stay relevant.

The unidimensional methods of the music industry, like monetising through subscription streaming channels and individual owning rights, will be commodified and mechanised.

In the coming years, we could see artists moving out of physical recording studios and into a virtual creative space.

Already, several artists and record labels have started experimenting with this, and there are VR controllers out there that allow users to interact with graphical interfaces in a manner similar to musical instruments.

Apart from this, metaverse ecosystems such as Roblox, Minecraft, and Fortnite come with song codes, instruments, recording tools, and music manipulation controls that empower users to be musically productive.

But this expansion of the music industry into the metaverse also presents new challenges, especially in terms of ownership and royalties. There could be issues around copyright infringement where linear ownership and licensing rights cannot be established.

Also, the safety of online venues is a matter of concern, both of which signal opportunities for legal transformation.

Ultimately, the metaverse will usher in an era of infinite audiences, and therefore, limited monetisation and audience engagement. It is the supply chain that requires clarity, from virtual venue management to ad spots and ongoing royalties for on-demand content.

There’s no denying that music in VR is a good thing – but establishing a safe, fair, and transparent industry in the metaverse will take some doing and involvement from multiple stakeholders.

Bitcoin Tops At $52K, What Could Trigger A Sharp Move To $47K