Could Bitcoin Benefit From A Santa Claus Rally? 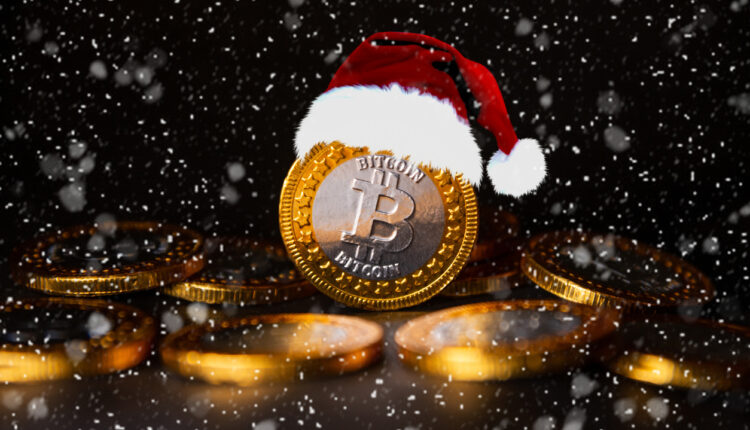 CNBC personality Jim Cramer has been pushing the possibility of a so-called “Santa Claus rally” across the stock market. But could this holiday-related trend have an impact on Bitcoin and cryptocurrencies?

Bitcoin has taken a beating, down substantially from what most of its backers believed the year would be closing at. The stock-to-flow model was predicting anywhere between $100,000 to $288,000 per coin, but instead the top cryptocurrency by market cap is below $50,000 or around half of the lower of the two targets.

But the year isn’t yet over, and a potential Santa Claus rally narrative is slowly spreading across the world of stocks. CNBC Mad Money host Jim Cramer is giving the idea heavy press. First, he tweeted explaining that today is the day it would normally start.

Historically today is the day the Santa Claus rally starts. It worked even during 2007-2009. So it is hard to doubt..

On Squawk Box, Cramer later revealed that if “you bought today and you just held on even for six days, you made money almost every single year.”

According to Investopedia, a Santa Claus rally “describes a sustained increase in the stock market that occurs in the last week of December through the first two trading days in January.”

Statistics show that there is a remarkably higher probability of strong performance during these key dates based on the S&P 500. Such rallies are retail driven, and occur for various reasons which include:

But does such a phenomenon work for Bitcoin and crypto?

Will Bitcoin Climb This Christmas Into The New Year?

Reviewing past statistics related to Bitcoin price action around the last week of December into the first two trading days of January, data shows there is a lower probability of a Santa Claus rally in crypto than in stocks.

Only four years during such timeframe have been positive for Bitcoin, with the most recent occurring last year. With far less data available than in the S&P 500, anything is still possible when it comes to speculative digital assets.

Other seasonal type data related to this very day might prove to be more profitable. Today also is the Winter solstice, which in the past has been in close proximity to either a top, bottom, or a break of all-time high.

With this Winter solstice having failed to produce the peak of a rally, it could – like it has in the past – instead put in a short-term bottom that runs until the next equinox. And its possible that it starts with a Santa Claus rally.

Crypto is notoriously low volume compared to other markets, especially during holidays. The presence of institutional tax loss harvesting and more advanced short hedge positions could have kept Bitcoin price down during the December month, but with that out of the way, retail could push prices up in the near term.

However, according to the person who first mentioned a Santa Claus rally in The Stock Trader’s Almanac in 1972, Yale Hirsch, the rally itself isn’t what’s important. It is what arrives in the year that follows that matters.

“What’s important is not to catch this little rally but to use it as indication for what may happen in the coming year,” he said, calling it “an early indicator for the year to come.”

Hirsch’s father even came up with a phrase to help remember: “If Santa clause should fail to call, bears may come to Broad and Wall.”

I’m dreaming, of a green Christmas. With every #Christmas chart I draw. When #Bitcoin tops are possible; altcoin season, probable. Flip bear, then short it once again. pic.twitter.com/1wV6JYy4Vx