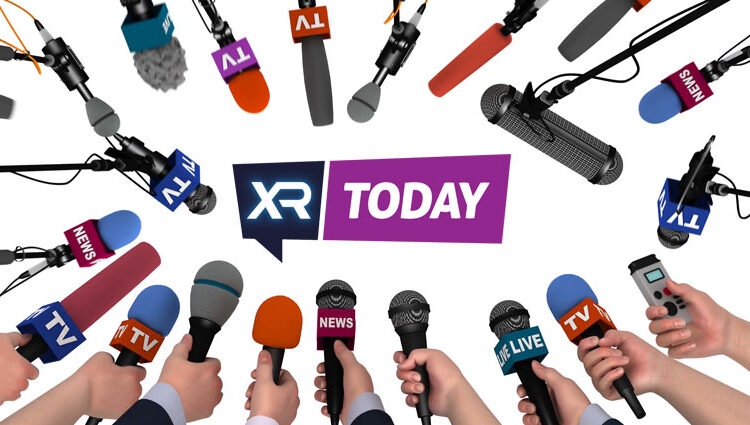 Last week saw a wave of product releases, key events, and updates on the virtual, augmented, and mixed reality (VR/AR/MR) markets, which have brought renewed anticipation for upcoming solutions in the industry.

In case you missed it, here are the top stories from last week. Be sure to also stay posted with our newsletter by visiting https://www.xrtoday.com/sign-up/ for further updates!

Recap of Unity for Humanity Summit

XR Today attended the Unity for Humanity Summit, which discussed the social impact of the real-time 3D (RT3D) company’s platform, which aims to help creators develop interactive content to empower their respective communities.

A keynote fireside chat took place between Common, Hip-Hop Artist, Actor, and Activist and Dr David Washington, Unity Social Impact Advisory Board Member and Co-Founder and Chief Impact Officer at HiDef, Inc, where the two powerful figures discussed how ‘changemakers’ could use their creative capabilities to influence the world through the power of immersive content.

Additional forums included representatives from Healium, Storybyte Sutdio, as well as artist Gabriel Torres, who held talks on how RT3D content could improve mental health and wellness for users.

Unity also discussed how content creators could apply for grants to finance their RT3D projects along with technical support and mentorships. The US tech firm awarded roughly $500,000 USD to selected creators for projects via a Special Imagine Grant based on Common’s ‘Imagine a Better World’ theme.

French startup Stage 11 secured millions in a round of funding to provide the firm with capital to build its VR immersive music performance platform.

Jonathan Belolo, Stage 11 Founder and CEO, said the platform would combine MR, gaming, and non-fungible tokens (NFTs) “to build something bold, thrilling and timeless — yet accessible and fun.”

The defence sector was hit with reports the US Army would push back its expected rollout of the Microsoft Integrated Visual Augmentation Systems (IVAS) headset to late-2022.

The Program Executive Office (PEO) Soldier stated last week it would reevaluate the military solution, which was expected to roll out in September this year and comes just months after landing a contract with the US tech giant worth $21.88 billion to provide 120,000 headsets over the next ten years.

Oculus fans were shocked by a surprise post from Mark Zuckerberg, Facebook Founder and CEO and Andrew Bosworth, Vice President of AR/VR, after the two wore three prototypical headsets.

In the post, Zuckerberg wrote he had visited Facebook’s Reality Labs research facility to trial an “early retina resolution prototype” as the company developed projects on AR and artificial intelligence (AI).

The teaser comes ahead of the Menlo Park-based firm’s Facebook Connect Event in late October, which will host talks with Zuckerberg, Bosworth, and John Carmack, Oculus VR CTO, among many others.

The news comes as Facebook pushes to develop as a “Metaverse company” and launched a massive campaign to recruit 700,000 positions in the new company division, it was reported in August.

According to the firm, the new device would cost roughly $499 USD and would allow people to practice meditations, brain training exercises, calesthenics, virtual meetings, and content streaming.

Could Bitcoin Benefit From A Santa Claus Rally?

Why The Crypto Downtrend Could End On New Year’s Eve