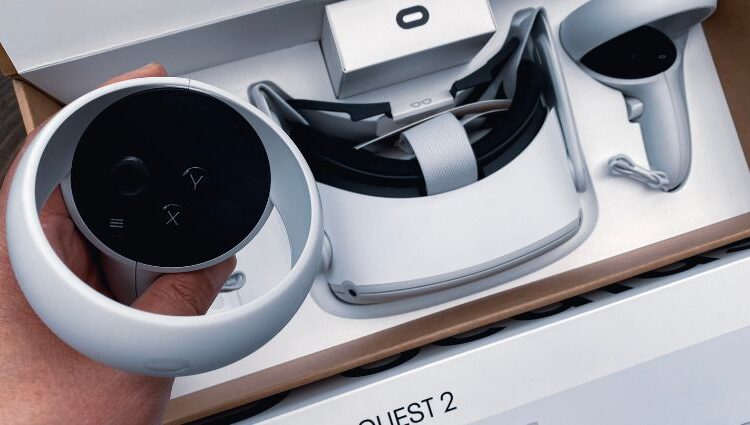 Since purchasing Oculus, Meta has made significant strides in the extended reality (XR) world.

In recent years, the company has been investing heavily in its vision of the “metaverse”, exploring new ways to bring people together in a digital landscape through virtual, mixed, and augmented reality (VR/MR/AR). The Meta Quest 2 and Meta Quest Pro are just two examples of the latest immersive technologies offered by Meta. Both are designed to enable powerful MR experiences, though their focus is slightly different.

The Meta Quest 2 is the latest consumer-focused device created by Meta, built mainly for the entertainment and gaming landscape, though it has been leveraged by a number of companies for training and collaborative purposes. The Meta Quest Pro, on the other hand, was custom-made for the enterprise landscape, empowering companies to leverage the new age of “Meta work”.

Here are the major differences between the two systems.

Both the Meta Quest 2 and Meta Quest Pro are VR headsets, built by Meta. The Quest 2 is a cutting-edge consumer-grade VR headset, with black-and-white passthrough, gesture controls, powerful processing, and exceptional visual clarity.

The Quest Pro is essentially everything the Quest 2 is, and then some. It has clearer front cameras, stronger color passthrough, and an intuitive next-level processor. The Quest Pro has several features exclusive to the professional market, which helps to justify its much higher price tag.

Let’s look at some of the key features head-to-head:

While both the Quest Pro and Meta Quest 2 have the same resolution, the Quest Pro has a 10 º higher field of view, and better optic technology. The Quest Pro supports QLED lenses, with more than 500 individual zones for local dimming. It also has its own dedicated pancake lenses, which provide higher visual quality without compromising on ergonomics.

The Quest Pro also has a higher color gamut and supports 37% more pixels per inch than the Quest 2. Developers on the Quest Pro can implement foveated rendering for a performance boost and increase in resolution by focusing on where the user’s eyes are looking.

In terms of performance, the Quest Pro is up to 50% faster at generating and streaming content than the Quest 2, due to a specially enhanced Snapdragon chip. While the Quest 2 is still extremely fast and effective at maintaining high frame rates, it’s not nearly as advanced as the Quest Pro.

The Quest Pro is designed in large part to provide users with a way of creating a portable office space. It can therefore deliver more streamlined experiences in VR, and also offers an enhanced pass-through experience with color visuals, excellent for mixed reality purposes.

It’s difficult to know for certain whether the Quest Pro will be comfortable enough for long-term wear. However, it is designed to be more balanced than the Quest 2, with the battery placed on the back to offset the visor weight.

The lenses are a little more comfortable to use too, thanks to continuously adjustable lenses which can be optimized to suit the eyes of the user. The Quest 2 only has 3 positions for IPD adjustments, and lens distance can’t be adjusted at all.

The Quest Pro also uses pancake lens technology, making the display around 40% thinner than the Quest 2. There’s also greater contrast and richer, more vibrant colors available from the Quest Pro, which could allow for a more comfortable viewing experience.

Both the Quest 2 and Quest Pro offer hand-tracking capabilities, but the Quest 2 is somewhat limited compared to the Pro. The Quest 2 relies heavily on controller tracking conducted by the headset, so your hands need to remain in view of the headset’s cameras.

The Quest Pro controllers have their own built-in cameras, which allow for better gesture monitoring and controls. Plus, each controller has new pinch sensors, improved haptics, and the ability to use your controller as a stylus when drawing on virtual whiteboards.

The Quest Pro controllers have their own included dock for charging, or they can be powered by a proprietary cable, while the Quest 2 controllers run on standard double A batteries.

The Quest 2 vs the Quest Pro: Which is Best?

For gamers and VR enthusiasts looking to explore the VR space for the first time, the Quest 2 is a powerful tool with fantastic access to a range of content options. However, it simply can’t compete with the Quest Pro in terms of advanced tools and settings.

If you’re looking for better visuals, ergonomics, and processing power, specifically suited to the new age of virtual work, the Quest Pro is clearly the number one choice.

Bitcoin On Exchanges Drop By 44%, Could This Fuel More BTC Rally?