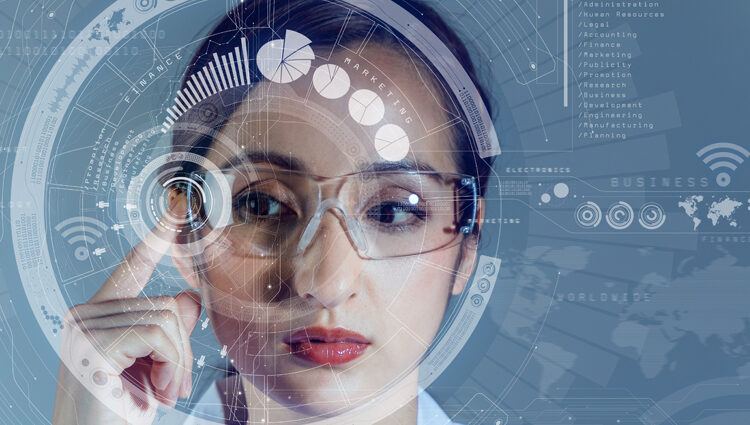 Companies exploring extended reality (XR) for productivity, creativity, and collaboration, are expanding its use cases. Many firm navigating the subtleties of mixed reality vs augmented reality may wonder how each are different.

Learning the difference between mixed reality vs augmented reality (MR/AR) is crucial. This will allow companies to invest in the right digital medium to benefit targeted objectives.

While many people have a general understanding of AR and MR, they struggle to tell the difference. For instance, both AR and VR experiences involve blending the virtual and real worlds. Many people also think that MR is just another term for AR.

The reality, no pun intended, is that MR and AR are two very different concepts.

Here’s a closer look at the two.

AR and the Digital Overlay

AR is one of the more well-known forms of XR. With AR, users can overlay digital content on the real world.

In consumer markets, AR Snapchat filters can add puppy ears to a person’s face with smartphone cameras and face-tracking software.

Augmented reality has become extremely valuable today due to its accessibility. Tools like Apple’s ARkit and Google’s ARCore allow users to develop their own immersive experiences for smartphones and immersive devices such as smart glasses.

These overlay digital content in real-time via wavefinders on the smart glasses, allowing people to see content overlayed in their field of view (FoV) at all times.

Companies such as Qualcomm are facilitating this even more with their ground-breaking Snapdragon AR2 platform, which provides essential processing kit for smart glass developers.

AR is quickly making its way into a variety of settings. Retailers use it to help customers visualize a product before they buy it. Engineers also employ AR to access valuable information about a product without fumbling with physical manuals.

Companies such as Taqtile and Kognitiv Spark are saving immense amounts of time, money, and manpower with remote guidance systems capable of resolving problems or walking employees through critical fixes.

This achieves reduced equipment downtimes with rapid repair turnaround times, even if staff are thousands of miles away from headquarters.

As smart glasses become more consumerised and affordable, the demand for AR is growing.

So, what makes MR different from AR? Firstly, it goes further than AR when it comes to immersion.

In MR, immersive content is not just superimposed on the real world. It is designed where users can interact with it seamlessly.

In another form of MR, digital environments replace the real world by fully immersing users with a headset, similar to VR.

These are similar to the full-colour passthrough capabilities on the Meta Quest Pro and Pico Interactive 4 Enterprise, which feature cutting-edge technologies for professional use.

MR can leverage both VR and AR, blending both seamlessly with digital overlays and content. This creates an immeasurably interactive virtual experience for tech enthusiasts.

Apple is also set to release its MR headset with a tentative date of early 2023, but may delay up to 2026 due to design flaws.

Despite this, the device may impress Apple fans worldwide with immense M1 processing capabilities and next-generation passthrough tech.

People are now capable of creating an entirely new reality by combining both the physical and digital environment.

For many companies, AR will be one of the easiest forms of immersive technology to grow across the industry.

It is accessible because people can create applications and tools that work in smartphones, smart glasses, and headsets. However, as hardware solutions continue to evolve, so will MR.

Many leading companies are already exploring MR. In the future, MR could create brand new tools for collaboration, productivity, and interaction.

VR and AR can significantly improve humanity’s quality of life and work. Tech companies will release future MR solutions merging the two for the benefit of all.

Upcoming FOMC Meeting Is The Most Important Ever For Bitcoin