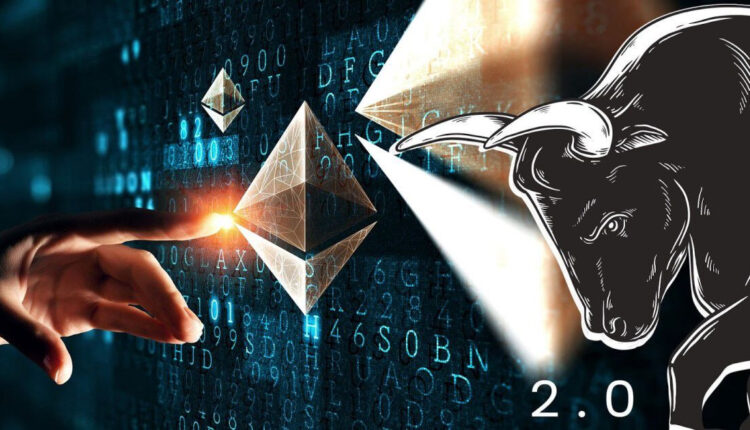 Ethereum whales are going straight to market to load up their bags as ETH falls to ‘discount prices’. Just like the rest of the crypto market, Ethereum has taken a beating down, falling more than 20% in the last three days. While panic continues to spread across the market, whales have loaded up their holdings with more than 600,000 ETH.

The “Buy the dip” sentiment is still really strong among players in crypto. Since the assets are currently at one of the lowest price points for the year 2022, it presents an opportunity for those looking to buy the digital asset at a low price.

Ethereum whales holding between 100-1,000,000 ETH on their balances have been the most active in this regard. Data from on-chain analysis firm Santiment shows that these large investors added a total of 657,390 ETH to their balances in the space of 24 hours.

This led to a sharp increase in their collective holdings as they are now holding more than $780 million worth of ETH. Most of the buys happened after the market had begun to stabilize and the accumulation trend had begun.

Accumulation among Ethereum investors is also shown in the exchange net flows in the last 24 hours. Even as sell-offs continue to be the order of the day, there is still reasonable demand for ETH in the market. Glassnode data shows that on the last day, there was $1.4 billion worth of ETH flowing out of exchanges compared to $1.2 billion in inflows, leading to negative net flows of -$220.6 million.

Ethereum whales are not the only ones trying to get their hands on more coins. Unlike Ethereum which had held above its cycle low, bitcoin had broken far below its cycle low of $17,600, reaching levels not seen since 2020.

In response, the bitcoin-denominated open interest has soared. With open interest reaching as high as 380,000 BTC on Thursday, it shows that bitcoin investors are treating the decline as an opportunity to buy tokens for cheap.

😖 Traders are viewing #Bitcoin‘s 2-year low price levels as a #buythedip opportunity. Funding rates show an extreme #long bias, particularly on @FTX_Official, where many believe their funds may be impossible to withdraw. Feelings of hopelessness often correlate with higher risk. pic.twitter.com/OW2buYx2gb

Santiment notes that long bias was becoming more prominent, especially among FTX users whose funds are stuck on the exchange. Given that these users believe their funds have already been lost, they are taking more risks as they try to recoup losses.

Nevertheless, bitcoin has not shown any signs of being at the bottom. There has been no significant support and the price of the digital asset continues to fluctuate wildly after hitting a new cycle low of $15,500 on Wednesday.