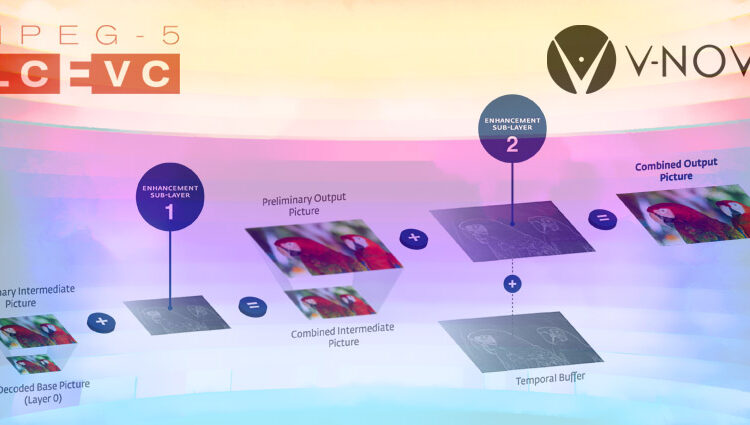 According to the study, testing noted improvements in:

“The results published by SPIE have been the results of an amazing effort between all parties, leveraging on the knowledge, experience and methodology of Intel and Meta, to finally provide a set of quantitative results of the benefits of MPEG-5 LCEVC in a very relevant use case”

V-Nova notes that immersive videos depend on such high-performing codecs to deliver optimal experiences while people are using virtual, augmented, and mixed reality (VR/AR/MR) headsets.

Their solutions could potentially allow people to use integrated services such as Microsoft Teams and Zoom on the new Meta Quest Pro, or TikTok streaming on the new Pico 4 and Pico 4 Enterprise.

YouTube and other streaming platforms will also benefit from such technologies, allowing viewers to watch videos with higher resolutions at 4K and 8K, lower latency, and sharper contrasts.

“Advanced codecs, such as AV1 or VVC, could provide material benefits to address the bandwidth issues, but they are not viable from the encoding and decoding standpoint, at least for the foreseeable future. In addition, when 8K hardware decoding with those codecs does become available, it is very likely that we will need resolutions four times as high or more to take full advantage of the display capabilities of the VR devices that will be available by that time”

Combining efforts from hardware manufacturers designing cutting-edge headsets and software solution firms developing codecs, applications, and experiences will allow immersive firms, as well as enthusiasts, to benefit the most from such innovative tools.

At the event, the company explained how their tech innovations greatly improved pro-AV, broadcasting, and metaverse technologies to boost infrastructure for future solutions.

Will A Bankruptcy Of Bitcoin Miner CORZ Impact The Price?

Dogecoin (DOGE) Clears Key Resistance; Here Is Why $0.1 Is On The Cards