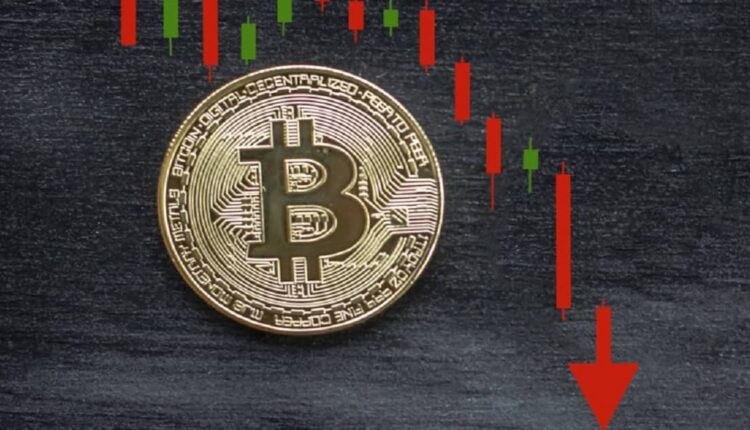 The Bitcoin price is currently so stable that some experts are already jokingly comparing it to a stablecoin. However, from a historical perspective, this low volatility level carries a lot of risk. As Glassnode reports, BTC is trading in an incredibly small range of $869, separating the weekly low and high by just 4.6%.

Glassnode looks at these bearish risks but also bullish opportunities in its new weekly report. Periods of extremely low volatility have been very rare in Bitcoin’s history. Ultimately, there has either been an extremely strong move up or down.

The Bear Case For The Bitcoin Price

On the bear side, historically low on-chain usage reveals some parallels to 2018’s bear market.

The growth rate of non-zero balance addresses has stagnated since August. Transfer volume in USD has also slumped to $19.2 billion per day, below the December 2017 transfer volume peak and only slightly above the May-July 2021 lows.

As Bitcoinist reported yesterday, miner capitulation is currently the biggest intra-market risk. According to Glassnode, the hash price has fallen to an all-time low of $66.5k/day per exahash deployed.

With Hash Price now falling below the post 2020 halving lows, despite coin prices being ~2x, this demonstrates just how extreme the recent increase in hashrate competition has become.

The current evolving combination of miners on the brink of profitability and an enormously high inventory of BTC with thin order books, historically low demand, and ongoing macroeconomic uncertainty make for an explosive cocktail that should not be underestimated.

However, there are also good arguments for a bull case. First and foremost, HODLers continue to show very strong conviction and have reached an all-time high in coin ownership while “steadfastly” refusing to put coins on the market.

Reserves held on crypto exchanges are also shrinking relentlessly and are currently at January 2018 levels, while more than $3 billion per month in stablecoin buying power is flowing in.

Likewise, other on-chain data points to a continued period of accumulation. Both smaller investors (< 1 BTC) and whales (up to 10,000 BTC) have changed their behavior to net accumulation and increase.

The same is true when looking at Short-Term Holders (STHs). The volume of coins passing to new buyers at prices between $18,000 and $20,000 is increasing significantly. Glassnode concluded it bullish thesis by saying:

The bullish case for Bitcoin at present is one of unwavering conviction, and persistent balance growth by the HODLer cohort. Liquid coins continue to flow out of exchanges, relative stablecoin buying power is increasing, and extreme volatility and severe downside has thus far failed to shake out Bitcoins most die-hard believers.

At presstime, BTC continued to trade in its incredibly narrow range.

Ethereum Price Bulls Keeps Pushing, Why Rally Is Round The Corner

Ethereum Price Will Rally If This Happens; What Could That Possibly Be?