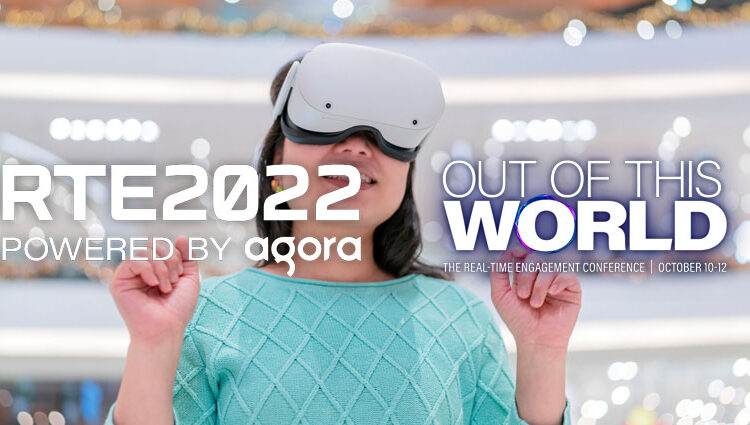 The Real-Time Engagement (RTE) 2022 event entered its second day of discussions on Tuesday, with many big tech firms offering their knowledge of the global virtual, augmented, and mixed reality (VR/AR/MR) industry.

The Metaverse, the next generation of communications combining spatial computing and the internet, is set to host immensely innovative solutions for enterprises and consumer markets.

Shen Ye, Global Head of Products at HTC, Lisa Watts, Vice President of Product Marketing and Developer Programmes at Magic Leap, and Fraser Bowie, Chief Product Officer for NuEyes Technologies spoke at a panel discussion on the adoption of such technologies.

Nathan Pettyjohn, Chief Executive of the Immerse Growth Network, moderated the talks. He is also the Founder and President of the VR/AR Association (VRARA), which unites the global extended reality (XR) industry for conferences, networking, bootcamps, education, and showcasing new solutions.

XR Today asked the panel if enterprises or consumers would more rapidly adopt XR technologies, and for which sectors, according to each company’s knowledge of the market. Here is what they shared.

Bowie explained that for NuEyes Technologies, medical use cases drove innovation as his company aimed to “understand what can be done” for healthcare enterprises.

New use cases for his firm’s solutions could apply to the emergency operating room, 3D imaging, and other cases for both MR and heads-up displays (HUDs), he added.

Bowie cited a Google survey in 2009, which polled people in Times Square on whether they knew what a browser was. The findings revealed that only 8 percent of respondents could explain what a browser was despite using them to access the internet, he said.

“I think that’s where the Metaverse is. It’s not the term, but the technology that people don’t understand. They’re already using it and what might seem a little more difficult in the consumer world, because they may not understand the possibilities, but we as an industry must do a better job to promote it. I think verticals like healthcare and medical are certainly starting to understand the possibilities they are jumping headfirst into”

Ye added that HTC approached the Metaverse as a familiar platform as people interacted on platforms such as smartphones and online gaming communities.

HTC developed their Metaverse technologies to facilitate social interactions, where people could have their virtual avatars and “feel like you’re actually next to them.”

At #MWC22, we had a lot of fun with our friends at @europa_park with their @yullbe_official products. Location Based Entertainment (LBE) is a fast-growing attraction at arcades all over the world. #HTC #HTCVIVE #VR #LBE pic.twitter.com/ia79RZZhlS

Explaining his company’s VR adoption rates related to customer bases, he said that location-based entertainment (LBE) and entertainment had “grown massively” for B2B use cases.

“A lot of them are growing faster than we expected. We’ve been providing solutions for that and didn’t expect so much demand for it. From our perspective, we’re seeing massive growth in the enterprise space”

Concluding, Watts echoed Fraser’s comments that enterprises were highly interested in the medical space. There were many companies in the knowledge capture, sharing, and training categories, she said, adding, the COVID-19 pandemic had accelerated the digital transformation and adoption.

According to the exec, education also ranked highly for verticals adopting XR solutions, which could later progress from business-to-customer (B2C) by capturing information and knowledge to pass that on “in a more scalable way.”

“Knowledge capture, in many industrial scenarios where people have been in their jobs for 10 to 40 years, they have that intrinsic knowledge of how to do their jobs. How do you give them a very natural way to capture and share that information where something can be preserved for a very long time? I think we’ll find this in many different industries as being a key scenario that, from an enterprise perspective, will continue to grow”

The RTE 2022 event will wrap up on Wednesday following three days of panel talks, discussions, live demos, and fireside chats with members of the global XR community.

Expert Suggests How Ripple Will Trend Amid Expansion In Europe