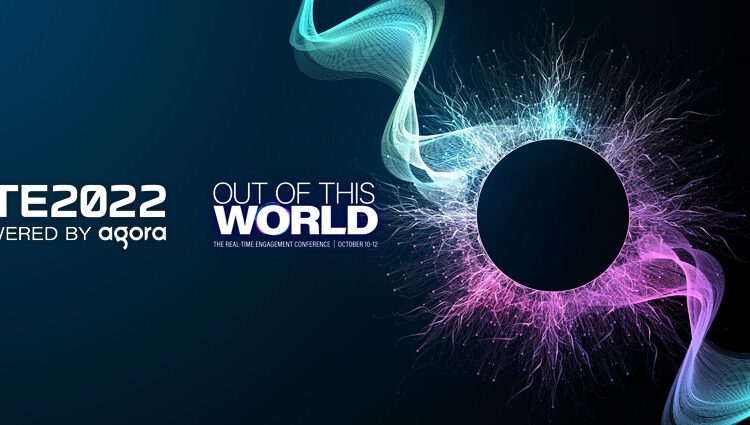 The global tech community has been exploring the digital frontier known as the Metaverse by developing bespoke solutions and infrastructure. Immersive technologies have demanded some of the world’s best firms to develop cloud computing, body tracking, artificial intelligence (AI), audiovisual, and gaming engine technologies capable of realising the full potential of the future communications platform.

Casey Lau, Web Summit Co-Host, held a fireside chat with Tony Wang, Co-Founder & Chief Revenue Officer for Agora on the future of real-time engagement (RTE) solutions, Web3, the Metaverse, and other emerging technologies for the opening session of the RTE 2022.

A World without Boundaries

When asked about the future of media, namely via Web3 and “exciting new technologies” designed for the Metaverse, Wang said that he believed the industry could achieve it as a “world without boundaries.”

The future communications platform would build a global community with shared interests and intellectual property (IP), “regardless of your citizenship and background.”

But concerns over developing the Metaverse should not be “solved in a political way,” but via joint efforts designed to create interoperability between software and infrastructure solutions.

“I think Agora is weaving the infrastructure of the future virtual world. You provide this [to] lower the barrier of building such a system. So a truly passionate person can build those things and create a virtual world where fans and communities can gather together. By doing that, he changes how the content is created — the fan is now the Creator, right?”

Fans would directly contribute to designing the product, and future metaverse platforms would develop with “self-contained” economics. The blockchain would also empower the digital economy with potential revenue streams from taxation on online activities, leading to exponential [economic growth.

“That’s when we will see our virtual world [skyrocketing],” he concluded.

When also asked about the Metaverse and large US-based companies developing VR headsets, Wang explained that when XR devices reached a level of maturity, “big shifts would happen” over some time.

He added VR would “play a big role,” adding that Agora was also committed to developing solutions for such headsets.

“We have multiple customers in this space and we are inside all those VR devices because, when you talk with people on the other side of the world, it is not able to synchronise the media with low latency, which is equally important. That is the reason why we are [developing for VR]. We believe this is a field that will play a large role [in the Metaverse]”

The news comes after the company participated in an event in Helsinki, Finland in late September. Held at Finland’s largest cultural centre, the Cable Factory, Agora exhibited its RTE audiovisual solutions at the Pocket Gammer Connects event.

According to Ali Nhari, Head of EMEA for Agora, the company demonstrated building immersive gaming experiences as it hopes to democratise the Metaverse for developers with “easy-to-embed APIs, expansive SDKs and the most reliable, global low-latency network solution”

The Real-Time Engagement (RTE) 2022 event is taking place from 10 to 12 October and has united major tech firms across unified communications, hardware, and extended reality (XR).

This year’s real-time engagement conference is bigger and better than ever, but we couldn’t have done it without the support of our sponsors @symbldotai, @mv4d, @thevrara, and @CarbonOrigins. 💜 pic.twitter.com/YY4Qo7jzsG

Sponsors of the event include the Virtual and Augmented Reality Association (VRARA), hosts of the Immerse Global Summit, as well as Symbl.ai, Carbon Origins, and Mantis Vision, among others.

Avalanche Sits On A Time Bomb As Price Eyes $10, Will Price Escape This?