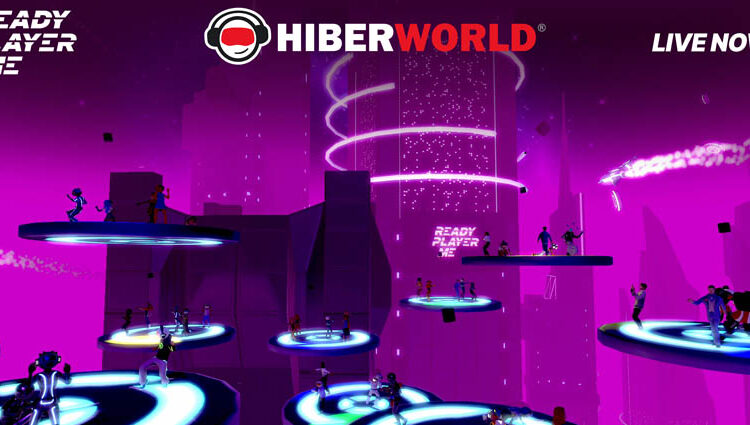 Swedish immersive firm Hiber announced on Wednesday it had launched its collaborative integration with avatar platform Ready Player Me.

Its integration with HiberWorld will people to import their avatars on the spatial communications platform, removing barriers to creative content interoperability.

Next week its happening! Keep your eyes peeled for the official launch when we will be dropping the HiberWorld X @readyplayerme exclusive world and customised clothing assets. #create #customise #avatar #metaverse #hiberworld #readyplayerme pic.twitter.com/T661VD6UoV

Users can integrate their avatars across multiple metaverse platforms such as Spatial, MeetinVR, VR Chat, vSpatial, and Wonda Chat, and many others.

The Metaverse should be built “with interoperability and openness at its core rather than presenting players with walled gardens,” Hiber said in a statement.

HiberWorld users will gain access to The Party Zone, a HiberWorld X Ready Player Me experience. The immersive metaverse space will provide access to fresh virtual audiovisual and social experiences.

Michael Yngfors, Co-Founder and Chief Executive of Hiber, said his company aimed to “create an open metaverse platform where barriers to entry are removed for everyone to create, play and participate.”

Timmu Tõke, Chief Executive and Co-Founder of Ready Player Me, echoed Yngfors statements, adding HiberWorld was “one of the most anticipated platforms” from users.

“Users of Hiber’s platform can now take advantage of interoperable avatars, allowing them to explore millions of virtual worlds with their consistent digital identity”

The news comes just two days after NBCUniversal announced a major collaboration with Ready Player Me to develop its Classic Monsters lineup of non-fungible tokens (NFTs).

Collectors can own famous creatures such as Frankenstein, the Bride of Frankenstein, Dracula, the Creature from the Black Lagoon, and the Mummy, among others, using VARIANT3D’s phygital garment digital twin technologies.

Additional collaborations with firms such as Geenee AR and 8th Wall have seen meteoric growth and development of avatar use cases, including augmented reality (AR), creation tools, and new solutions.

Spike In Bitcoin Open Interest Forecasting A 2021 Bullrun To $69K?