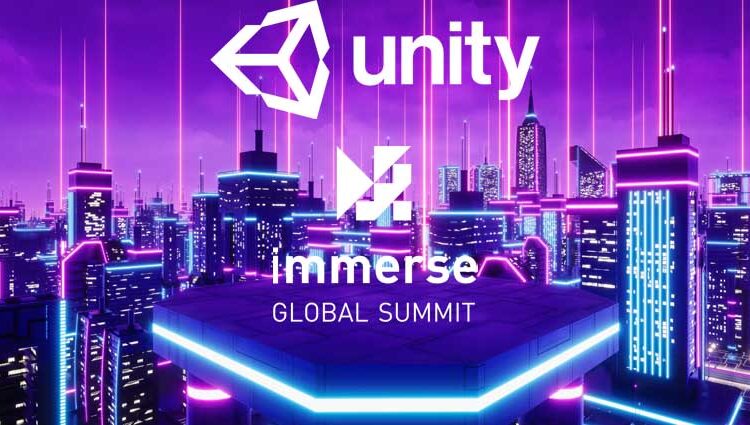 Senior representatives have joined many others at the Immerse Global Summit (IGS) 2022 Europe to discuss conceptualised roadmaps to the Metaverse, the successor to the Internet that merges connectivity and spatial communications, it was revealed on Wednesday.

John A Cunningham, Head of Government & Aerospace at Unity

John A Cunningham, Head of Government and Aerospace at Unity Technologies, delivered his keynote speech exploring the concept at the event, which gathered roughly 500 businesses, analysts, media partners, and executives at the sunny destination of Madeira Island, Portugal.

According to the high-level executive, the Metaverse would become the “next step in the evolution of the Internet” and would lead to “more breathtaking experiences” that differed from current experiences.

Most companies and people with current websites would have “Metaverse-like destinations” in the future, he said, adding that, according to Unity, would result in three primary categories.

Digital destinations were sites with 100 percent digital metaverses such as Fortnite, Roblox, and VR Chat, among others. Additional virtual spaces would include social and educations Metaverses as well, he explained, adding the film industry would “also move into these digital environments.”

“Many of tomorrow’s concerts will sometimes be 100 percent digital experiences, where there is no real-world parallel”

Digital twins also allowed users to try-on clothing with augmented reality (AR) technologies. People can use AR for “trying on a Gucci shirt [or] running a manufacturing line for a manufacturer [or] controlling a smart city or a power plant,” to bridge the real and digital world as digital twins, he said.

World augmentation would augment and reflect images and data via overlays on the real world. Companies such as Jet Propulsion Labs at the National Aeronautics and Space Administration had leveraged Unity Technologies’ gaming engine to visualise and design Mars Rovers for technicians.

He continued, explaining that doctors had also tapped AR technologies to perform surgeries with new technologies and devices such as Magic Leap’s headsets, leading to “a whole new world of possibilities we’re not even aware of yet.”

The ‘New World’ of Immersive Reality

Cunningham concluded his speech, stating the Metaverse would be “always in real-time,” which is the foundation for Metaverse destinations.

He told audiences at the event,

“So whether you are using digital twins operate a big factory or working collaboratively to design a house, doing so together interactively is often better […] You can try on that suit, or sunglasses, or these new pair of shoes with your friends, right in your own room in your house and connected around the world [without having] to fight for parking”

Developers will also create “killer apps” such as contextual app launchers that would “thrive in the Metaverse.” Apps would allow users with smart glasses to check availability at restaurants, showcase architectural designs, and others with nearly unlimited applications.

Concluding, he said that the Metaverse would become “more than just a singular place visited by your universal avatar in VR goggles.”

“Whether you’re an architect or a small retailer, or a clothing designer, or you direct movies, whether you move furniture, run physical stadiums, or you lead a rock band, or you make high end luxury goods, it’s time to think very deeply about the coming Metaverse and how you will play and succeed in this new world”

The IGS 2022 Europe is taking place from 28 to 30 and aims to rally the global tech community for numerous keynote speeches, product updates, panels talks, and workshops.

The event will see representatives from some of the world’s top tech firms, including Google, Magic Leap, Deutsche Telekom, Adidas, Lenovo, VirtualWare, and many others at the three-day event.