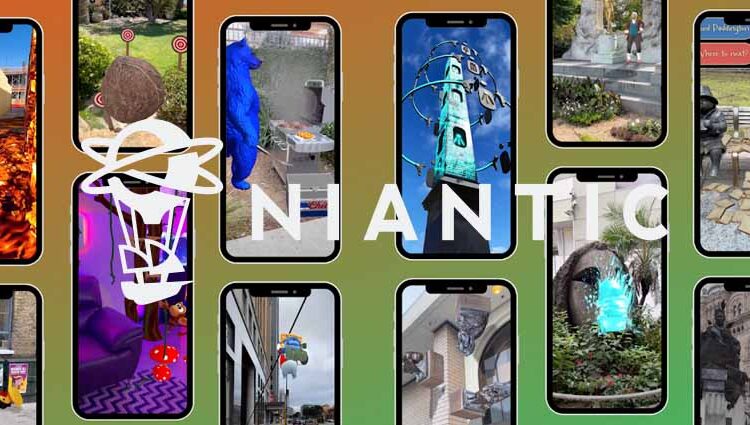 Niantic has released its Lightship Visual Positioning System (VPS) for the Web, providing developers access to its augmented reality (AR) tools designed by 8th Wall, it announced on Thursday.

The new platform anchors webAR and virtual content across physical locations by adding depth and realism to immersive experiences anywhere in the world using its AR map, allowing precise, centimetre-level accuracy across global locations, with just a mobile browser and no app required.

It also provides access to 3D meshes of over 100,000 locations for developers to implement in AR scenes, enabling them to build webAR experiences with occlusion and physics for enhanced interactions between the virtual and physical world, the company explained.

Browsers from iOS and Android devices, including non-LiDAR phones, could access heightened levels of AR immersion via Niantic’s Lightship VPS. Users have uploaded scans, photos, and other visual content to localise AR experiences for users, leading to the rise of the persistent platform’s success.

Lightship VPS also builds “an infinite amount of extraordinary experiences” with AR, the company said. Numerous locations in a city can convert to engaging augmented experiences for agencies, brands, and developers, uniting visitors at specific locations or those noted on Niantic’s AR map. Such content can also launch social activities such as scavenger hunts and games with experiences via a single project.

According to the San Francisco, California-based firm, a group of 8th Wall developers have already begun testing the VPS ahead of its release by creating demos across top destinations such as New York, London, Los Angeles, Tokyo, Paris, Vienna, Sydney, and many others.

Visitors can view Niantic’s VPS experiences at the 8th Wall Discovery Hub on its website.

John Hanke, Chief Executive of Niantic, said in a statement that the real-world Metaverse should “get people exploring and connecting in the world around them.”

He added the platform was,

“a critical step forward for AR, enabling developers to realistically fuse digital content to the real world with precision and persistence. The early demos from partners around the world are exciting to see and we know this is only the beginning”

Tom Emrich, Director of Product Management for 8th Wall at Niantic, said the announcement “marked a major milestone for the web and [AR].”

“Lightship VPS unlocks extraordinary value for developers by offering them a new tool to create WebAR experiences that recognize not only where their users are in the world but also gives them access to relevant information to better integrate the virtual content with the place it is being experienced.”

Emrich added the VPS was “another first for the browser,” leading to more realistic, personal, and connected experiences “than ever before.”

Over the last few months, the company has opened a Professional Golfers’ Association (PGA)-themed video game to teach children the basics of the sport, and a further Pokemon Go-styled Jurassic World social gaming experience for hunting virtual dinosaurs in real-world environments worldwide.

Niantic revealed at its annual summit in May fresh Lightship ARDK upgrades as well as its VPS tool and a host of new investment and acquisition news. The company also teased audiences with its AR world map, allowing viewers to preview thousands of anchored experience points across the globe.

Calm Before The Storm? Bitcoin Volatility At Historically Low Levels