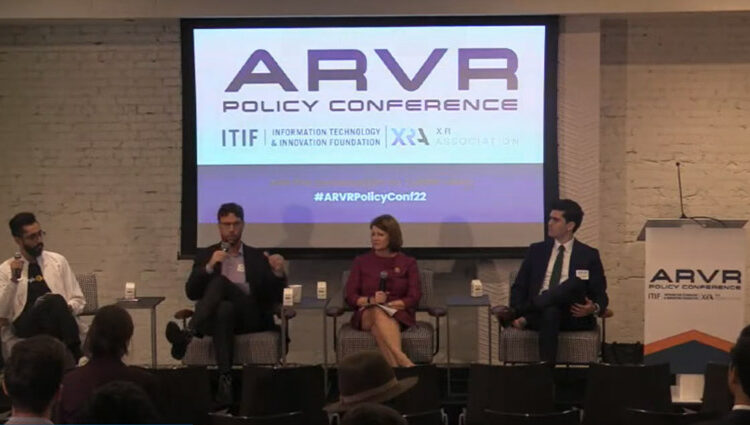 Numerous companies, experts, and organisations gathered to explore the future of policymaking for the rising immersive communications platform, aimed at defining best practices with combined efforts across the sector.

When asked on how policy regulators could strike a balance between real and perceived threats, Ohlhausen stated that her experience with the FTC spanned back to the first case launched against Geocities [in August 1998].

The FTC’s authority was to protect against deceptive practices and cases of unfairness amid the rise of the Internet, she said, adding,

“The FTC has to determine whether an after practice is going to cause substantial injury, and I thought that was a very important touchstone because oftentimes, when there’s a new technology, there’s a lot of theoretical harms that get floated, or what about this, what about that? But as people get more used to the technology and sort of the guardrails and the the social norms grow up around it, a lot of these risks don’t really come come to fruition”

Ohlhausen continued, stating it was important to know the “substantial forms” taking place currently and whether or not they will become an imminent threat or a likely scenario. Current efforts to build policies for the Metaverse would benefit from the rise of the Internet and mobile web, she said.

“What did we learn where the harms might arise and what are consumers real concerns? And what are the concerns that once they get use of their technology and norms develop those kind of really recede?”

Ethical Decision Making in the Metaverse

Gilbert added that his organisation’s top priority was to “identify and manage” privacy risks to support “ethical decision making” along with “system product and service design as well as deployment.

Organisations were building infrastructure, which included hardware, wearables, platforms, software, and others, he said, adding all actors in building the Metaverse needed to “be engineering and speaking about current and potential harms.”

“We need to be engineering in privacy capabilities now that are going to be able to address those types of risks. Of course, we can’t count on everyone to be a good actor within the ecosystem. So laws and regulations are gonna play a really important role. But the you know, they’re not going to be necessarily a panacea for everything as we know sometimes they can struggle to keep pace with the development of technology and associated risks”

He mentioned some of the positives in the Metaverse such as greater accessibility for disabled people, but added there would be “significant issues and potential threats” to bodily autonomy and safety.

Other considerations in the Metaverse included discrimination, consent in shared spaces, and data collection and processing, among others, concluding NIST and other organisations aimed to build policy and technical controls needed to disassociate between identities and devices.

Speaking further about measures needed to inform the public on metaverse safety, Mohammadali said that “education was the first step,” citing the infographics audience members received at the conference. He added the technology was “so nascent” that many people were unaware of how it was used.

“Anyone who remembers the tech hearings on [Capitol Hill] a couple of years ago may know what I’m talking about. We have to educate people, so [people] should really understand what’s happening. I think in the meantime, while the industry proliferates, we’re going to have to fall a lot on industry to help out, provide food label-style information on hardware and easy to access information on our websites”

He concluded that Google’s Advanced Technologies and Projects (ATAP) were working on a SOLI radar chip capable of features “you used to only be able to do with a camera.” He stated that the device did not collect visual data, allowing the firm to creatively ensure users’ privacy with its devices.

XRA Infographic on Everyday XR Use

The news comes after the XRA released on Tuesday a new infographic outlining everyday use cases for immersive technologies, including virtual, augmented, and mixed reality (VR/AR/MR) solutions.

#NEW: The XR Association releases, “Into the Digital World: XRA’s Guide to Immersive Technology”, a comic book-style infographic that breaks down the #functions and uses of #AR, #VR and #MR technology. #HowXRWorks

It features Kayla, a medical student with a headset who uses the device for use cases, including boxing, navigation, and learning complex medical procedures with VR, AR, and MR, respectively.

The informative graphic marks the first such educational content for the XR industry and comes just a day before the event, where attendees received the first copies.

Elizabeth Hyman, Chief Executive of the XRA, said that immersive technologies with the infographic could potentially “ensure a long-term positive experience for everyone.”

“We noticed a primer, which breaks down the functions of this technology, did not exist. ‘Into the Digital World’ provides a digestible explanation through tangible use cases for how XR technology will be put into practice today and in the coming years”

Joan O’Hara, Senior Vice President of Public Policy for the XRA, added that her organisation was the leading voice of the XR industry and had been involved in many discussions on how to implement XR “across sectors and demystifying how it functions and is used.”

“This document works to explain XR, and provides an outline for policy makers and the general public on immersive technology’s role in everyday life”

The AR/VR Policy Conference took place on 14 September and united several of the world’s top immersive companies, think tanks, and other organisations, including representatives from Google, Microsoft, Meta Platforms, Tobii, Taqtile, NIST, and many others.

Representing the global XR industry, the XRA and ITIF’s second annual conference discussed a host of topics, including 5G, cybersecurity, antitrust law, intellectual property rights, privacy, and many other issues faced by the global tech community.