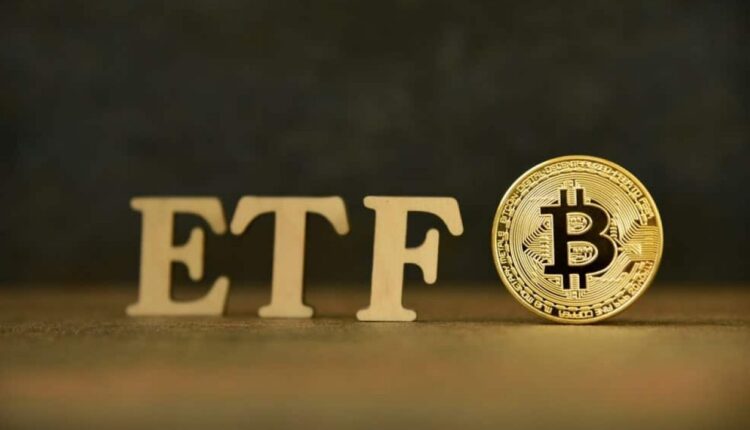 The outflows from bitcoin ETFs in the last couple of months suggested strong bearish sentiment among institutional investors. However, there seemed to be a change in the tide last week when a remarkable inflow trend was recorded over a three-day period. These inflows into the BTC ETFs that provide long exposure showed that investors were expecting further upside for the digital asset, and the decline in short BTC exposure speaks truth to this.

The ProShares Bitcoin ETFs are the most popular in the market. The BITO ETF is one that offers long exposure, while the much newer BITI ETF allows investors to capitalize on short exposure. BITI, being launched in a bear market, grew quickly in terms of BTC exposure. However, the past week has shown a reluctance on the part of investors to bet against the price of bitcoin.

BITI outflows for last Friday came out to a total of 1,060 BTC in a single-day period, the largest outflows the ETF has recorded since it launched. Furthermore, the outflows would continue into the new week, when BITI saw another 425 BTC leave. This brought the total exposure of BITI down to 3,580 BTC as of Monday.

As for the BITO, it has been all shades of good news in the last week. A consecutive three days of inflows saw 1,650 BTC flow into the ETF. This follows a month of outflows for the ETF, showing more demand for long exposure to the digital asset.

While BITI had seen 1,050 BTC in outflows on Friday, BITO had recorded inflows of 700 BTC on the same day. It suggests that investors are pulling out of their short positions and putting them into long positions.

Bitcoin Not Out Of The Woods

Even though there have been a lot of inflows into long bitcoin ETFs, the numbers still do not suggest a complete shift to the bullish sentiment among investors. BITI’s BTC exposure shows that even though there might be some movement to long ETFs, betting against the price of bitcoin still remains on the minds of investors.

BITI’s current total exposure sits at 3,850 BTC, the same as it was back at its June and July peaks. So even though there have been outflows, there is still a strong sentiment to continue to short the digital asset.

BITO had recorded its strongest single-day inflows back on Friday, but it is yet to reverse the bearish trend completely. Even with such high inflows, the ETF is currently sitting at a three-month low. However, a positive from the three-day inflows was a recovery on the CME basis.

TA: Bitcoin Price At Major Risk of A Breakdown Below $20K: Here’s Why