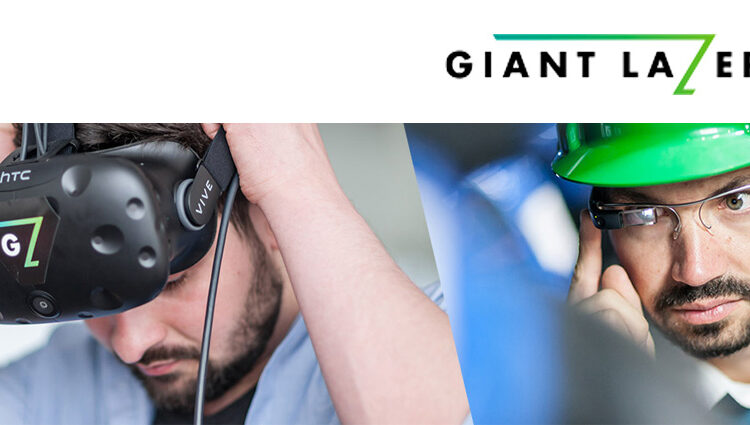 Many of the world’s most influential people believe that smart glasses will one day replace smartphones.

XR Today recently reported on how the head-worn augmented reality (AR) market is expected to reach USD 13.4 billion by 2024 – but what exactly is driving this massive growth in the enterprise marketplace?

To help answer that question, XR Today invited Jakub Korczynski, Co-Founder, and CEO of Giant Lazer, to discuss his thoughts on where the AR smart glasses marketplace is heading over the next year.

As the current CEO and former CTO at Giant Lazer, an AR and virtual reality (VR) development firm that exclusively targets enterprises, Korczynski has years of experience building XR technologies for businesses.

While the company started primarily as a VR developer of workforce training platforms for industrial companies, Giant Lazer quickly realized the demand for enterprise AR solutions was just as significant.

“We quickly learned that VR is great for industrial training and workforce training, but clients started to ask for tools to work in the field. They wanted something that helped them collaborate, but also something that enabled them to move away from paper-based management”

Bridging The Gap Between Old & New

As digital transformations spread throughout the enterprise, AR smart glasses offer an easy bridge between the old paper-based world and the new digital one. With tools like AR checklists, businesses can carry out complicated processes like onsite inspections in minutes rather than hours.

“Check listing with AR smart glasses also allows the user to document the process and expand on it in ways that were impossible before. For example, suppose somebody is going through the list, and something isn’t right. In that case, they can instantly take a photo or video of the problem and add it to the report so the relevant person can quickly take action”

However, as valuable as the technology is, Korczynski tells us that the industry has not reached the stage where AR smart glasses can achieve full value in the enterprise.

While more businesses than ever before are adopting smart glasses strategies, Korczynski states it will never be a seamless process until every employee on a factory floor has a device of their own. To reach that stage, however, vendors must address the issues of pricing and comfort first.

Additionally, much like Head of Immersive at Sky, Matt McCartney suggested in his recent interview with XR Today, Korczynski believes the real value of AR smart glasses in the enterprise will come once we have 5G networks to support it. Once 5G arrives at scale, Korczynski states it will be a “major turning point for the industry.”

Regarding the arrival of vendors like Meta Platforms and Google, we asked Korczynski which developers would lead the industry in the future.

He believed both Meta Platforms and Apple would take the top spot in the consumer marketplace, but not in the industrial AR smart glasses market any time soon. Instead, he believes durable AR smart glasses like the RealWear HMT-1 will continue to lead.

Minimalist, fashion-first smart glasses like those we expect to see from Apple or Meta Platforms would not last in harsh factory environments.

Korczynski concluded that despite RealWear being the most popular option for industrial companies today, it may not always remain so. Although the marketplace is new, its growth rate is incredible and it would be hard to predict the future.

For more information on how Giant Lazer uses AR/VR to help businesses grow, be sure to check out some of their most recent projects here.

Ethereum Completes “The Merge”, But Why ETH Failed To React