Blue Chip NFTs 101 – Azuki, A New Kind Of Brand For The Future… And A Scandal 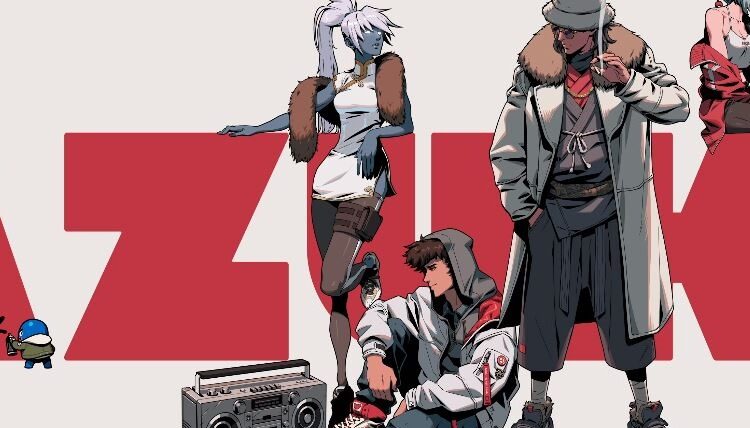 The idea behind Azuki is phenomenal. To mix NFT culture with anime-style drawings, with a global community working together behind the scenes as a kicker. Azuki defines itself as a “decentralized brand for the metaverse.” This brand’s main product is a collection of 10K anime-style avatars in NFT form. The collection is also called Azuki and at inception was one of the NFT space’s biggest success stories…

… until admissions and revelations by one of the project’s creators cast a shadow on Azuki as a whole.

Let’s review the project’s history, its characteristics, and the interview that changed it all.

The project exists since January 12th, 2022. The team behind Azuki is Chiru Labs, their slogan is “Born in Los Angeles. Building for the metaverse.” Most of the members use pseudonyms and keep their identities private. A few use their real name, like Azuki’s co-creator and illustrator Arnold Tsang from Toronto, Canada. He’s well-know for his participation in “Overwatch,” which Wikipedia describes as “a 2016 team-based multiplayer first-person shooter game developed and published by Blizzard Entertainment.”

The community’s support is a key part of the project. On Azuki’s website, they use slogans like “A new kind of brand that we build together” and “A brand for the metaverse. By the community.” Ownership of one of the 10K Azuki NFTs gives the user access to The Garden. A virtual place Azuki promises “starts with exclusive streetwear collabs, NFT drops, live events, and much more that will be revealed over time.”

Azuki is a digital brand. A “decentralized brand of the future.”

At first, it seemed like the NFT collection was going to propel them to instant classic status. The initial success made their name recognizable and sent the collection’s floor price to double digits. At one point, it reached a maximum of 22 ETH. Nowadays, the floor price at Opensea is 7.4 ETH, what happened? Whatever the reason, the Azuki collection gets around. It has moved a total volume of 260.2K ETH so far.

We Need A Little… Controversy

The turning point for Azuki was a Twitter Space’s conversation, of all things. On May 10th, crypto influencer Andrew Wang interviewed Zagabond, one of Azuki’s founders, who just like that revealed that he was part of a few NFT projects that didn’t end well. It almost sounded like they were rug pulls, and people freaked out accordingly. The collection’s floor price started falling and it hasn’t recovered yet.

It was a mystery at first, but according to Cryptoslate, the projects Zagabond was involved with were:

According to Cryptoslate, “Like the first two projects, this failed one was also a lesson. Zagabond said these three projects taught him that “blindly following the NFT meta doesn’t get you far.” He claims that all the lessons from these projects are now being applied to make Azuki a success.” None of those claims helped and the collection’s floor price fell downhill.

The question here is, were these projects rug pulls or simple failures with no bad intentions?

Azuki, Built For The Metaverse

The definition of metaverse in Azuki’s site is controversial, to say the least.

“The metaverse today is where we currently spend most of our time: Discord + Twitter. How do we amplify this experience for Azuki members? How do we distribute the brand to places that have the most attention today? More importantly, where will the metaverse be one year+ from now?”

Is simple social media part of the metaverse? How does Azuki not know where the metaverse will be one year from now? Other blue-chip NFT collections are already building their version, laying their chips on the table. Is Azuki too late? Or are Chiru Labs just quietly working on something great? According to the company, they’re exploring the possibility of developing a video game. “Few teams have the experience and background to build a genuinely great game with mass market appeal and scalability. Though the core team has the experience, it’s a huge endeavor nonetheless.”

The Azuki collection is down, but not out. The team seems to have shaken the stink that Zagabond’s revelations brought, but did so in the middle of a bear market in which the whole NFT market is down. Azuki stopped the bleeding. Can Chiru Labs reclaim and even surpass past glories?

Bitcoin Price Gearing For Another Lift-Off to $20k, Altcoins Stable

Ethereum Rockets to $1,700 as Bulls Take Over Crypto Market