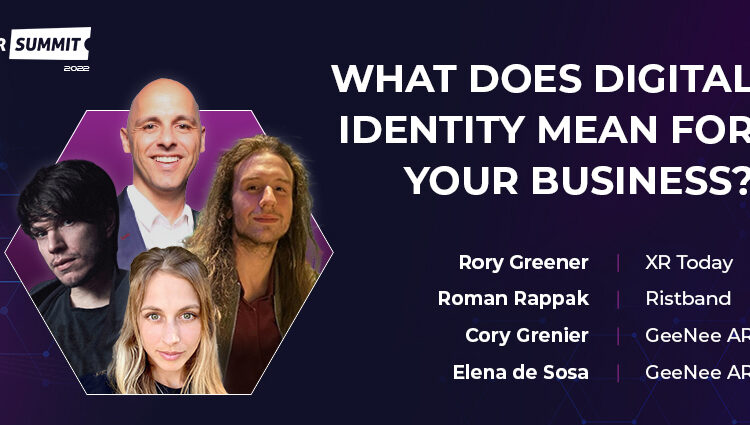 “We see so many tech companies that are not that diverse, maybe not that inclusive of different genders, orientations, and minorities. So, I think that it starts with the DNA of the company to put that into the virtual worlds and products that they build”

Ristband is a community-focused Web3 platform that gives brands and artists a space to showcase their work. The platform also hosts immersive live events and the service enhances real-world events with corresponding extended reality (XR) elements.

The Future of Diversity in XR and Web3 Digital Identity

During the conversation, Elena explains how there are many possibilities for the future of the Metaverse, adding that there must be “enough opportunities for everyone.”

“It’s really important that everyone can be part of building and defining what it [the Metaverse] becomes. I think that starts with core teams from different companies that are taking the lead on creating Metaverse technologies”

Elena also said it is essential to consider different perspectives within a Web3 development team and user feedback groups.

The Geenee AR representative also highlighted how the general availability of XR hardware in some areas presents hurdles for those wanting to build or explore the next stage of the digital world.

Elena explained that, in Brazil, Meta headsets are roughly $2,000, adding how Brazillian XR content creators might face serious difficulties when trying to access the hardware that lets them enter into or build a Metaverse experience which genuinely represents them.

When discussing real-world barriers to entry, Elena expressed how XR firms “should keep that in mind and be really conscientious of it.”

A “Second Chance” for the Internet

Roman also believes in the inclusive nature of Web3 and Metaverse platforms. He added that while tech culture has negative connotations, such as “harassment and big business,” the rise of XR, and comparing Web3 with a hippy movement.

“There is an argument that web2 is this gross misstep with this idea of clicks equals sponsors and sell you data, which has nothing to do with the original optimistic view of the internet. The most exciting thing for me is it [Web3] is our second chance”

Roman concluded that the tools and people working on XR created a diverse environment “compared to the gaming and music scene” and that the XR industry had a “really good chance of making something important.”

TA- Near Protocol Struggles With Resistance, Can Bulls Push Price To $6?