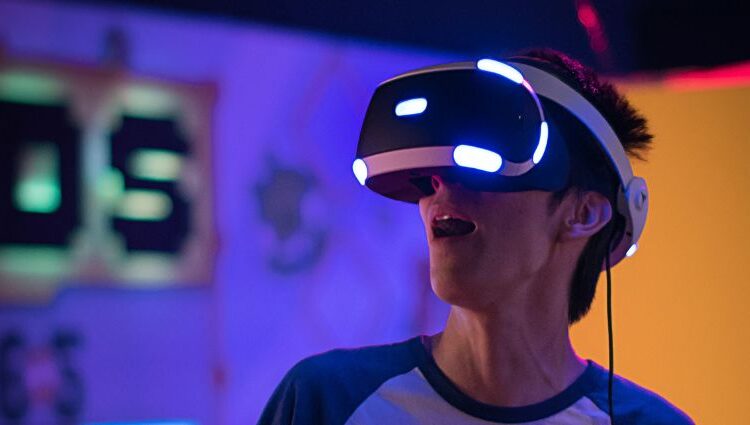 The gaming landscape stands as one of the most versatile and compelling areas for the development of extended reality technology. Promising a new and improved way for gamers to connect with the worlds they love, XR could represent a new frontier for entertainment.

For years now, gaming companies have been experimenting with XR as a way of strengthening connections with their target audience, and unlocking new experiences. As technology in this landscape grows more affordable and accessible to people around the globe, XR gaming opportunities are becoming more mainstream.

Today, to provide an insight into the opportunities for XR in the gaming landscape, we’re going to be looking at some of the most impressive case studies from the last few years.

As extended reality gaming experiences continue to take the world by storm, leading cloud and technology vendors like Google are offering game creators and developers an easy avenue into the ecosystem. ARCore, built to empower creators to build their own game in the Google landscape, comes with all the tools and developers need to engage their audience.

Tender Claws, a game development company and indie studio, leveraged Google’s ARCore ecosystem to create a new interactive game for its audience. The “TendAR” augmented reality experience creates a virtual fish for players, capable of interacting with the real world through the user’s camera. The creature is controlled by the user’s facial expressions, and “survives” by eating the emotions of other people.

One of the leading generation-defining gaming studios in the world today, Respawn Entertainment has developed a significant following for titles like Apex Legends, Titanfall 2, and even Star Wars Jedi: Fallen Order. When creating the new “Medal of Honor: Above and Beyond” title, Respawn wanted to reboot an entire franchise for access in the Oculus VR platform.

Following a successful experience with Unity Hybrid Scaling for Apex Legends, Respawn decided to work with Unity once again on its new immersive experience. Unity helped with everything from matchmaking in VR, to voice communications for the development of the new game. The result is a compelling, interactive title, built specifically for multiplayer gaming experiences.

Combining the worlds of sports and gaming, Sense Arena wanted to create an immersive experience to transform the way hockey players develop their skills. The company developed a gaming experience where users can enhance their scoring abilities, agility, teamplay, and even boost their instincts in virtual reality. To unlock this new world, Sense Arena worked with the experts at VIVE.

HTC VIVE provided Sense Arena with a unique selection of crucial tools for the gamified learning experience. The VIVE Pro headset allows users to see a virtual environment where they can interact with a realistic ice rink, running around a room with full freedom. The solution also includes a VIVE tracker and haptic feedback technology, leading to a 10-15% improvement in cognitive function during learning experiences, and fantastic engagement.

Extended Reality has the power to pull people into unique experiences through more than just immersive visuals. As the landscape continues to evolve, the engagement opportunities increase, thanks to new transformations in sound and haptic feedback. Spatial sound is one of the most impressive features of the Microsoft HoloLens environment, helping users to feel more deeply connected to a mixed reality environment.

RoboRaid, a gaming company known for developing one of the world’s first mixed-reality first-person shooters, worked with Microsoft on a powerful spatial sound experience. Together, Microsoft and RoboRaid built a unique environment where people could more easily sense what was happening around them in mixed reality, through the use of carefully positioned sound waves. The combination of sound and visuals allows for a phenomenal gaming interaction.

An open-world multiplayer role-playing game developed by Alta VR; a Township Tale was designed to bring people together for a unique VR experience in the gaming landscape. Built for the Oculus headset, the game focuses on the power of VR to linking people together in an immersive environment, where they can connect with new worlds and loved ones like never before.

Alta VR worked alongside AWS for its phenomenal cloud computing capabilities, and Oculus Quest to create a VR version of the game, originally produced for the PC landscape. Using Amazon Web Services, Alta VR was able to rapidly scale its environment for a more demanding virtual world, and now accommodates thousands of new players every day. According to Alta VR, the popularity of the Oculus Quest, combined with the power of AWS meant they could rapidly immerse a huge community.

Founded within the days of the pandemic, Finnish startup Cloud4VR worked with Tower Tag to boost the distribution of one of the world’s largest VR-esports games. The goal was to deliver the unique virtual reality experience to up to 600 VR-enhanced arcade environments around the world, delivering a new way for people to discover different levels of entertainment.

The Cloud4VR company developed a state-of-the-art platform designed to solve a major problem with distribution in the XR and VR industries. With this platform, the Tower Tag game developers could scale their title to a wide audience, while tracking and managing game usage. This reduced the significant time requirements associated with managing gaming platforms for a growing community.

A consortium of three companies in the gaming industry, Tiny Rebel Games, Potato, and Sugar Creative, recently joined forces to create an immersive AR experience for the Wallace and Gromit franchise. Leveraging the power of Unity for the new environment, the group was able to build an immersive AR experience true to the visual style and unique cadence of Wallace and Gromit.

The result was a brand-new game “The Big Fix Up”, with a single codebase supporting both Android and iOS applications. Unity provided a technology wrapper combining shared features of ARKit and ARCore, while enabling the team to leverage platform-specific features without having to create platform-focused code.

Bitcoin Versus DXY And The Dangerous TD9 Setup: VIDEO

Who is Building India’s Metaverse?