What Are the Seven Layers of the Metaverse? 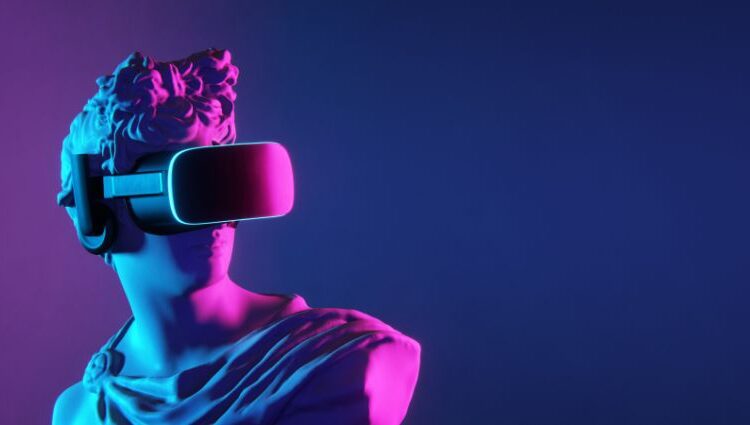 Over the last two years, metaverse technologies have matured due to investments from firms such as Meta Platforms, Microsoft, Epic Games, and many others.

According to research from Emergen Research last year, the Metaverse was valued at $47.69 billion in 2020 and would reach $829 billion by 2028. US social media giant Facebook is transforming itself into a global metaverse leader, a move that may significantly impact the industry in the days to come.

It is important to understand what the Metaverse is, how it works, and its key building blocks. According to renowned author and entrepreneur Jon Radoff, who has written extensively on Web3 and related issues, the Metaverse consists of seven fundamental layers that reflect several stages of the metaverse economy and collectively provide a systematic method for outlining its architecture.

While there are certainly other ways to discuss the idea of the Metaverse as a space of value generation, this approach is simple and can apply to a variety of use cases. Here are the seven layers that it suggests:

The idea of the Metaverse is not limited to a passively observable 3D representation of the physical universe, but will instead involve digital twinning for a more accurate depiction of spatial coordinates and distances.

Not able to get front-row concert tickets? All tickets in the Metaverse will provide a front-row experience. The Metaverse consists entirely of experiences, and the excitement and resources it has generated have are a direct result of the realistic experiences it is positioned to provide. The immersive and real-time aspects of a genuine metaverse may revolutionize a variety of human activities, including gaming, social interactions, eCommerce, entertainment, and e-sports.

The vast majority of discovery platforms may be categorized as either inbound or outbound, and this layer describes how consumers will discover new experiences or platforms via app stores, search engines, reviewing sites, and display advertising. This is a crucial phase in the process of finding new technologies, protocols, and communities.

This refers to the plethora of design tools and applications used by developers and content creators to produce digital resources, immersive experiences, and other assets. Over time, a growing number of platforms include drag-and-drop capabilities to simplify the authoring process. It has never been simpler to become a creator, developer, or designer, and it will only get easier as Web3 becomes more ingrained in culture and Web2 is phased away over time. This is seen on many Metaverse platforms such as The Sandbox that make the production of digital assets exceedingly simple and code-free.

Spatial computing refers to a technology solution that combines virtual and augmented reality (VR/AR) to provide a high level of authenticity. According to Radoff, spatial computing enables users to control and explore 3D places and digitize items utilizing the cloud as well as surrounding physical worlds using spatial mapping, which visualizes data linked to physical spaces in user environments.

In a perfect scenario, the Metaverse would be decentralized, open, distributed, managed by a decentralized autonomous organization (DAO) with open ownership. Central ownership would be impossible for normal users to determine who was privy to it and under what circumstances. This could result in security breaches, which would upset the users.

Blockchain technology is a breakthrough for resolving privacy and data security problems that might affect a centralized metaverse. Numerous blockchain-based apps, also known as decentralized apps (dApps), are being developed and used throughout sectors and leverage the blockchain’s inherent security and decentralization.

Perhaps the most well-known instance of the decentralized metaverse is Decentraland, a decentralized virtual world that runs on the Ethereum blockchain and is governed by a DAO whose policies may be altered by voting.

This layer describes the technologies that allow users to explore the Metaverse through sophisticated human-computer interaction (HCI). It essentially comprises VR headsets, smart glasses, and haptic technologies that where users can navigate digital worlds. It will also enable users to acquire information about their environment using technologies such as Google Glass or Meta Platform’s Project Aria.

The seventh consists of technologies that make previous ideas a reality. It requires a 5G capable infrastructure to increase network capacity and decrease network congestion and latency. In addition, for the devices indicated in the human interference layer to function properly, devices need components like semiconductors, microelectromechanical systems (MEMS), and tiny, long-lasting batteries. Wi-Fi, the blockchain, artificial intelligence (AI), cloud architecture, and graphics processing units are examples of technologies that empower the Metaverse.

With big tech firms such as Google, Apple, Facebook, NVIDIA, HTC VIVE, and Microsoft heavily investing in the Metaverse, it has become a prominent subject of discussion among investors, technology enthusiasts, and end-users. Everyone wants to explore the Metaverse’s origin, location, and possibilities. Understanding the seven levels that comprise the Metaverse is an excellent way to try and comprehend its massive potential, with each layer representing an essential feature functioning collaboratively with the other six levels.

Bitcoin Enters August With Losses, Has It Set The Tone For The Month?