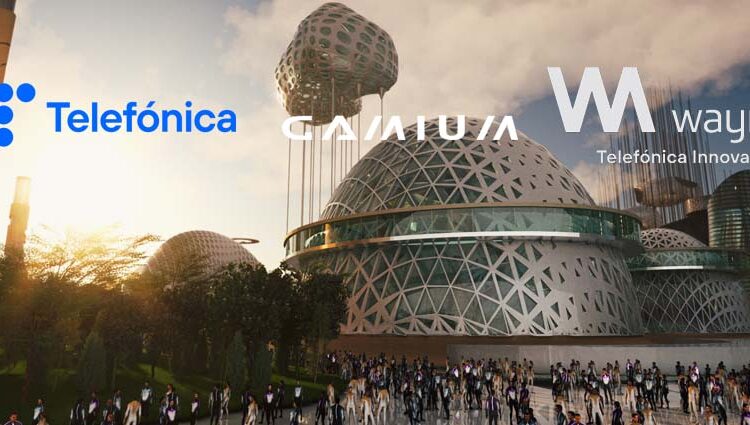 Telefónica’s open innovative, Wayra, has boosted efforts to build the Metaverse with Gamium, a major tech startup and decentralised metaverse platform based on the digital identity of its users, it announced last week.

Users can build their own bespoke avatars as their digital identities that can operate on the Gamium metaverse and others, including on Web2 and Web3 applications, to own personal data and control privacy.

The new platform recently opened sales of 664 virtual land parcels worth over €1 million USD, selling out in less than 10 days. The land grab allowed multiple businesses and individual owners to develop their own virtual spaces, for events or online sales, with users exploring the environments with their digital avatars.

Presales for the platform’s domestic token opened in February via DAO Maker, Metrix Capital, and Magnus Capital. Metaverse Influences such as Willyrex and Mr Beast also joined in the fundraiser.

Wayra recently launched its $GMM token in March across multiple cryptocurrency exchanges such as KuCoin, and has earned a decentralised autonomous organisation (DAO)-based community of over 100,000 people.

Alberto Rosas, Cofounder and Co-Chief Executive of Gamium, said in a statement,

“At Gamium, we believe that the future lies in building platforms where the central element is the user, allowing them to control their data and privacy. That’s why we developed our metaverse based on an identity that can be used in other applications and metaverses. This alliance with Telefónica is a support to our mission and shows our willingness to go hand in hand with leading companies in this adventure”

“We are excited to invest in Gamium, a highly talented team in the crypto and blockchain world, committed to innovation and with the ambition of building the foundation of a new more decentralized internet that empowers creators”

The news comes just months after Wayra unveiled its Open2metaverse proposal, which aimed to rally global tech firms capable of building the next generation of metaverse technologies.

According to figures, roughly 135 startups joined the initiative and over 1,625 were considered. Telefónica also noted it had joined forces with Meta Platforms to create a Metaverse innovation hub to boost technologies for networks and devices.

The new facility will also offer startups and developers metaverse testbeds for all developed technologies, as well as host its open innovation and resource ecosystem.

The announcement comes as several of the industry’s top telecoms and 5G providers, including T-Mobile, SK Telekom, Huawei Technologies, Orange, and MTN Group, among others, have begun developing metaverse ecosystems to facilitate national and global infrastructure for tapping the full potential of the rising spatial communications platform.

Bitcoin Bulls Try To Recoup As BTC Dislodged From $22,000 Level