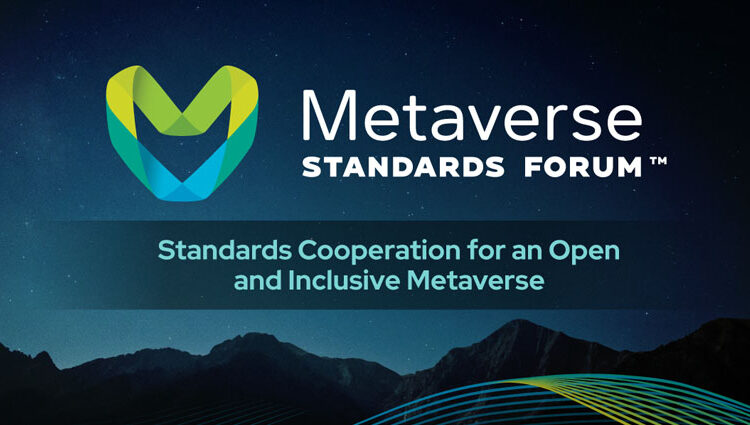 The Metaverse Standards Forum, which unites major global standards organisations and firms to build interoperability standards to build an open-source Metaverse, announced its opening on Tuesday.

The Khronos Group has hosted the groundbreaking consortium of Standards Developing Organizations (SDOs) to explore methods to develop interoperability and remove obstacles to a future open-source Metaverse.

All organisations are welcome to the forum via a Participating Agreement, where they can join prototyping, plugfests, open-source tooling, and hackathons, and other activities from July this year.

The news comes as global entities prepare to design, test, and deploy the Metaverse, a merger of the Internet with spatial computing features and incorporating rising technologies such as virtual, augmented, and mixed reality (VR/AR/MR), digital twins, real-time 3D content, and others.

Neil Trevett, Khronos President Neil Trevett said that the Metaverse would unite “diverse technologies” which would require “a constellation of interoperability standards” built and maintained by SDOs.

“The Metaverse Standards Forum is a unique venue for coordination between standards organizations and industry, with a mission to foster the pragmatic and timely standardization that will be essential to an open and inclusive metaverse”

Comments on the Metaverse Standards Forum

Stefano Corazza, Vice-President and Fellow of AR at Adobe, said his firm was “excited” to join the Forum, adding it was in his company’s history to continue to the industry’s development with foundational standards similar to PDF and DNG files.

He concluded that establishing was “essential to foster collaboration in the Metaverse, and to allow this new ecosystem to truly flourish.”

According to Epic Games’ Vice-President of Unreal Engine, Marc Petit, his enterprise’s goal was to build an open metaverse that “enriches humanity and is home to a thriving, fair ecosystem.”

Huawei’s VP of Corporate Strategy and Industry Development, Xiao Ran, added that Huawei was pleased to join the Forum and believed the metaverse industry and ecosystem would “benefit from the collaborative actions and open standards.”

Meta’s Vishal Shah, Vice-President of Metaverse, said that efforts on standards would “require an industry-wide focus.”

“The [Forum] can drive the collaboration that’s needed to make this possible, and Meta is committed to this work. Creators, developers and companies will all benefit from the technologies and experiences that will be made possible by common protocols”

The Institution of Electrical and Electronics Engineers (IEEE) has also begun exploring the potential of standards-based Web3 technologies and platforms, where companies and organisations can collaborate on developing the future successor to the World Wide Web (www) while reducing duplicated efforts.

Ethereum Tops Near $1,200, Why Dips Could Be Attractive