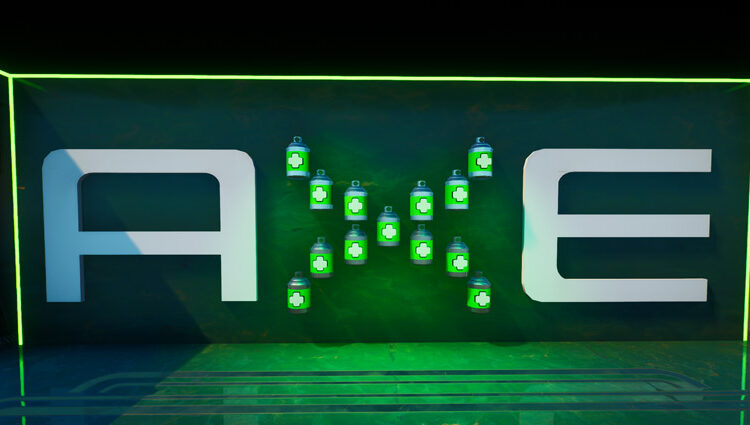 Grooming brand AXE announced on Wednesday that it had teamed up with Fortnite World Cup Champion Bugha to launch a Fortnite Island ‘Mistaverse’ to promote the former’s deodorant products.

Fortnite fans from across the world can join the ‘Capture the Flag’ gaming challenge at the virtual island on Thursday, which AXE and Atlas Creative Studios developed along with the acclaimed gamer.

Bugha, a professional esports player, rose to meteoric fame after defeating over 40 million players and earning the first-ever Fortnite World Cup Championship with a prize of $3 million USD.

The acclaimed gamer also attended three FNCS Championships to become arguably the world’s best esports athlete of all time, earning him over 25 million social media followers and continuing his goal of promoting esports for kids and expanding accessibility for future enthusiasts.

The virtual environment was inspired by Fortnite’s Med Mist, which heals players in combat, leading to the AXE collaboration after social media conversations on the topic.

The new game map is also set to have several Easter eggs from the Unilever subsidiary brand. Fans can access the AXE-inspired Mistaverse experience with code 3028-7555-9283.

Legendary Fortnite Gamer Kyle “Bugha” Giersdorff said in a statement that the collaboration had been “such a fun experience.”

“Together, AXE and I are taking Med Mist’s healing ability to the absolute next level with a whole world that powers up players’ creativity. Can’t wait to see what other players think”

The release comes after AXE opened a Dogecoin-themed campaign with SmartMedia Labs in April using cryptocurrencies and non-fungible tokens (NFTs) to celebrate the memecoin’s Dogeday anniversary.

The news comes as firms tap the Epic Games-based Fortnite platform to promote numerous product lineups amid a surge in interest from gaming and extended reality (XR) fans.

Epic Games’ Unreal Engine remains a key real-time 3D (RT3D) and gaming engine, not only for enthusiasts but multinationals seeking to expand outreach to new customers and businesses.

Under Armour’s Curry Brand, based on record-breaking Golden State Warriors star Stephen Curry, is also set to open a Metaverse platform, after partnering with members of Luna Market, Cyber Kongz, Hape, Chibi, and Smilesss, to launch a collection of limited-edition non-fungible tokens, or NF3’s, to celebrate the legend’s 2,974th three-point shot in a single season and leading brand of sportswear.