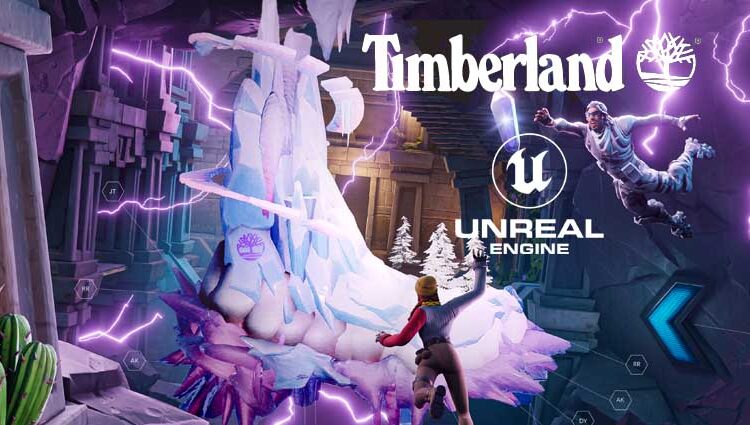 According to the partnership, the Fortnite-based Timberland Design Lab and Maker Space will provide enthusiasts with a sneak peek at Timberlands designing processes via a virtual recreation.

The Meta Design Workshop will showcase footwear from Timberland’s Advanced Concepts and Energy (ACE) team, where CONCEPTKICKS and CONSTRUCT: 10061 have joined forces with BeyondCreative to host a design workshop on the metaverse space, leading to the release of four ‘Metaboots’.

The platform will also host a bespoke Fortnite island for the Timberland Parkour Trails, allowing users to experience numerous biomes with Metaboots prizes at the end of the challenge.

Drieke Leenknegt, Chief Marketing Officer for Timberland, said that his company’s partnership with Epic Games’ Unreal Engine allowed it to “explore new dimensions” as the firm envisioned “the future of bootmaking and boot culture.”

“We’ve brought the collaboration model into the metaverse by inviting innovators such as Daniel Bailey, Zixiong Wei and Aisha Kujk to co-create Metaboots with our own ACE designers, in Fortnite. At the same time, we’re inviting consumers into the world of design innovation within an amazing Fortnite experience. The possibilities to connect in the metaverse are endless”

Raffaella Camera, Head of Brands at Unreal Engine at Epic Games, added that Timberland’s legacy of creating “some of the most beloved products in footwear” was due to “their innovative, forward-thinking mindset.”

“Through the usage of Unreal Engine-based tools and virtual worlds, brand enthusiasts have the chance to engage with Timberland boots in ways not possible today, while designers are able to create and collaborate in completely new ways, with the help of real-time 3D technology. It’s exciting to imagine where we can take this together”

Daniel Bailey, Founder and Creative Director for CONCEPTKICKS, explained that connecting artists and creatives across industries challenged and the sector to develop fresh ideas, adding

“This season we brought a completely different medium into the mix with Fortnite. It was fascinating to see how the builders from BeyondCreative would interpret and manipulate existing elements to try to create the footwear designers’ vision”

Metavision’s Co-Founder and Creative Director, Luke Price, said that CONSTRUCT: 10061 the project aimed to capture “the design process” and reveal how “Metaboots came to life.”

“It has been a great pleasure to collaborate with creators from different disciplines at BeyondCreative and CONSTRUCT, learn about each other’s styles and influences, and create some amazing things. Metavision is focused on finding new ways to engage with audiences and tell stories in the metaverse and it’s been fantastic to work with Timberland and partners who share this ethos”

The news comes as some of the world’s most visible brands, including NIKE, the Professional Golfers Association (PGA), Wendy’s, McDonalds, and many others have begun exploring future marketing and customer engagement solutions with global metaverse firms, leading to the development of immersive spaces for showcasing products, hosting concerts, acquiring non-fungible tokens (NFTs), and others.