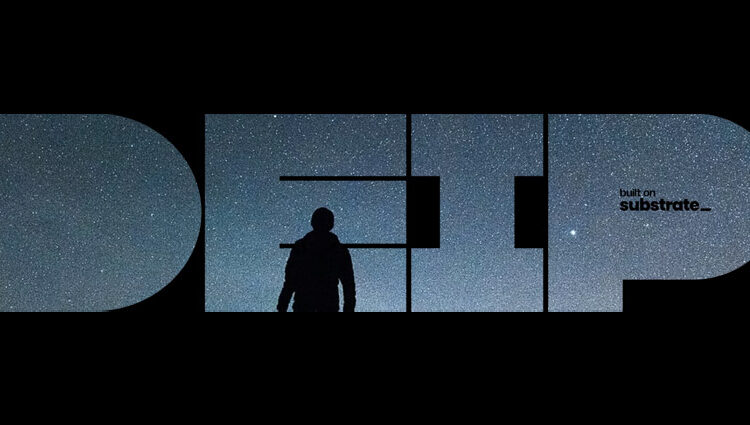 The new virtual city is hosted on the Arhead Metaverse and will provide Web3 solutions via the decentralised virtual space as well as greater digital ownership and monetisation opportunities.

According to DEIP, a team formed from the ARHEAD Metaverse ecosystem, BALAGAN creative agency, and ATRIUM architectural studio, has developed the city in the company’s image, complete with brand colours, textures, lighting, and other features.

The #DEIP #metaverse that was created with the help of the #Arhead platform features a unique stone collecting process. The jewels represent an intangible asset and are valuable in the metaverse.

The immersive environment also includes a three-storey exhibition space, a major thoroughfare, a maze of street junctions, and a square with an amphitheatre, the company explained.

ATRIUM architectural studio said in a statement the spatial experience typically found “walking around Rome all day is packed into a 15-minute walk.”

“We like to create lively, visually diverse environments, where the city unexpectedly unfolds to the viewer and we have implemented these qualities in our project. Of course, we had much more flexibility compared to working in the physical realm. Overall we’ve managed to bring together different kinds of urban spaces that visitors might find in some cities”

Alex Shkor, Chief Executive and Co-Founder for DEIP, added his company was “building the core infrastructure for the easy transition to Web3.”

He explained the importance of his firm to open spaces for creators to meet, collaborate, learn about technological developments, and “move towards the decentralized creator economy.”

“DEIP Metaverse city is a great example of a project that has become a meeting point for talented creative minds. Already during the first day the city was visited by representatives of Metapurse, Centre Pompidou, Fondazione Giacomo Brodolini, Mubert and many others”

Konstantin Belyakov, Co-Founder and Creator Director for award-winning firm BALAGAN, concluded people were exploring new worlds “thanks to the development of Web3.”

“The desire for knowledge and discovery is a unique feature of human nature. In the 20th century, people studied the ocean and discovered space. […] After all, digital technologies, circuits and microchips are the basis of a new era of human development: a transparent and open era of the new digital economy with Web3”

The news comes as numerous firms enter the Metaverse space race with a host of Web3 solutions, including Croquet Corporation, which developed the world’s first open Metaverse operating system.

The novel solution hopes to provide firms with an interoperable Metaverse system to facilitate the rise of Web3 solutions amid increased competition to develop the spatial communications platform.

A major partnership between the XR Bootcamp and UPWorlds also led to an accelerator aimed at providing funding for developers to create immersive content and virtual spaces.