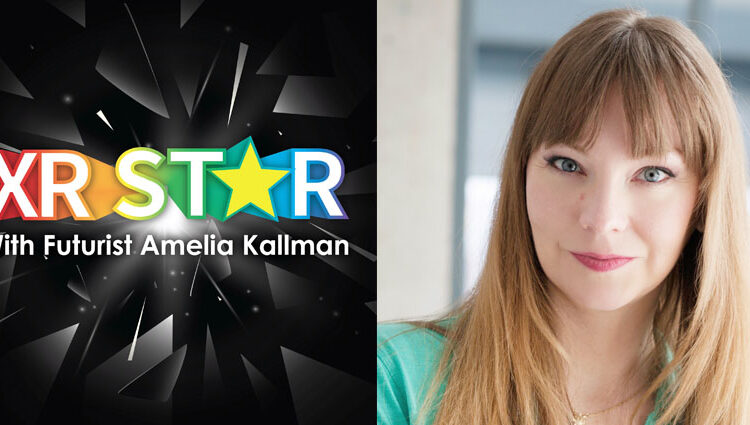 The global tech industry faces a significant transformation due to the rise of extended reality (XR) technologies, many of which are intrinsically linked to the development of new human-computer interfaces, global events such as the COVID-19 pandemic, and advancements in immersive content.

Events such as the Integrated Systems Europe (ISE) 2022, which took place 10 to 13 May at the Fira de Barcelona Gran Via in Spain, aimed to showcase such technological advancements.

The global sector may see overlaps in the audiovisual, immersive, and unified communications (UC) industries as new solutions tackle upskilling challenges and expand communication accessibility to all.

Top Takeaways from the ISE 2022

When asked about her best takeaways from the ISE 2022, Kallman explained how she hosted the Smart Workplace Summit with representatives from companies such as Google, Microsoft, Zoom, Pexip, Crestron, Logitech, and many others, which focused heavily on hybrid working and collaboration.

Firms began integrating artificial intelligence (AI) and XR technologies into their systems, and the AV community was called on to lead companies back to the office, she explained.

Kallman stated the world was “in a new territory” of hybrid working, where some preferred to work from home and others from the office, adding workforces were “all in the same storm,” citing a previous conversation with professionals across the industry.

Firms would need flexibility around space, inclusivity, and others to accommodate both groups, with some demographics hoping to return to the office due to unaccommodating home environments.

Kallman explained that enterprises seeking to meet goals on talent retention, sustainability, and mental health would still have to face the fallout from national lockdowns triggered by the pandemic, leading to collective trauma experienced among Generation Z workers.

Gen Z employees may potentially “be more comfortable interacting in an XR Metaverse environment than in a real-life environment,” she said, adding companies were forced to integrate legacy systems with new ones, namely due to the ongoing global semiconductor and supply chain shortages.

The pandemic challenged the status quo in the workplace, where companies faced new technologies and questioned employee structures, the need for offices, and other concerns such as the Great Resignation, where workforces quit their jobs in record numbers due to an overhaul of individual work-life balance.

“The other thing is that people are not messing around with their time anymore. Nobody wants to be in a room or a building they don’t like with people. They don’t like spending time that they could [spend at home] home with their kids, walking their dog, or [going] out in nature, so I think that is also behind the Great Resignation we’re seeing. US employees are just realising that they have more power, that life is short, and that we need to prioritise our mental and physical health to deliver the best we can for the people who pay us money”

Humanity in the Digital Age with XR

When asked by XR Today about how XR technologies could help connect users with humanistic concepts using immersive experiences, Kallman said that people had the “opportunity to tap into dormant parts of our brain and unleash new avenues towards creativity.”

She cited her theory that people typically have synesthesia in childhood but eventually grow out of it as they mature. Synesthesia is the linking of multiple senses in interacting with external stimuli, which has been historically linked to creative genius among many artists and thinkers.

She stated XR could potentially unlock such capabilities in users due to the rise of the Metaverse and 3D world-building technologies, where people had developed immersive music, platforms, environments, and experiences, which were “just emerging at the moment.”

“Struggling artists” may be a thing of the past thanks to the #metaverse & #Web3! Hear about the emerging economy benefitting creatives in #16 of #XRStar w- @theboolean of @ristbandinc! Watch:https://t.co/izxsvIQFPA Listen:https://t.co/g8gSQ8s6zi @AVNationTV #XR #podcast #NFTs pic.twitter.com/kM0xl5bKCa

Speaking on Metaverse concerts, the XR Star host said she had attended Travis Scott and Ariana Grande’s online events. The podcaster had interviewed executives from Ristband to discuss their music Metaverse solutions for bands.

“[They] use headsets to take [attendees] there to watch the band with overlayed augmented and mixed reality on top of the experience, and at some points, completely put you in virtual reality. You can VJ, or video DJ, this whole live experience with this [with] XR technologies and extended reality overlaying”

When asked whether people would mass adopt the Metaverse, similarly to smartphones and laptops, or become cautious towards spatial computing technologies, she said the Metaverse would arrive “on its own” and that audiences would adopt the platform “without even recognising that we’re adopting it.”

She explained how the Metaverse would involve a digital overlay across the entire world, which could allow smart glass users to see a fully-interactive art exhibition, concert or other immersive content, inside and outside of buildings, in physical environments.

“This is going to create an entirely new industry, because not only are we going to need people to design and create these spaces, but also lease, buy, police, and regulate these spaces […] I think there’s gonna be a whole new industry arriving around that”

Speaking on her thoughts on the ISE 2022, which she hosted last year in London, she explained that she first attended the expo in 2017 and later, hosted the XR Summit for a couple of years.

Concluding, she hoped the event would continue following the massive success in Barcelona as it was “part of every conversation” and hosted a “great mix of technology and the opportunity to make partnerships.” She noted also that the AV industry was “waking up to the idea” that XR technologies would become a major part of its future.