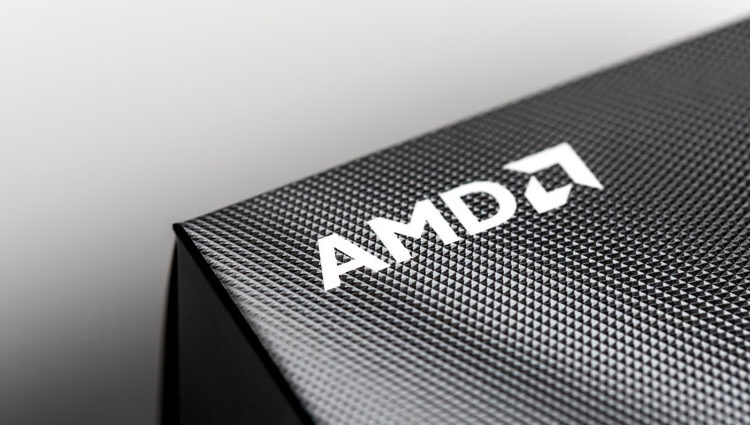 The Integrated Systems Europe (ISE) 2022 saw a massive list of companies in the extended reality (XR) technologies sector showcasing some of their immersive solutions, which could pave the way for a framework and development of future Metaverse infrastructure.

Innovative companies have also begun launching specific use cases, which would provide extensive feedback and applications of novel technologies for the growth and expansion of the XR industry.

When asked by XR Today which technologies his company currently produced for the XR industry, Iyer explained how AMD-Xilinx was known for its field-programmable gate arrays (FPGAs), or adaptive computer engines, which allow customers to programme chips to perform specific behaviours or actions.

He cited examples in the XR broadcasting industry, where TV crews would overlay graphics on green screens behind TV presenters.

Rather than creating real sets, AMD-Xilinx’s technologies allowed customers to programme chipsets to “bring in different graphics layers and different video content into the chair, mixing overlays in real-time, at a very low power envelope, and show that to TV audiences.”

AMD-Xilinx’s immersive technologies also included transparency layers on sets to allow presenters to appear as if they had “walked behind a wall when there is really none.”

The company developed the adaptable computing engine’s signal processing capabilities, along with a trove of intellectual property (IP) building blocks, or IP that customers could “stitch together and create a very flexible video processing pipeline,” he told XR Today.

Its solution also included a video mixer for inputting baseband video via HDMI or DisplayPort for interfacing with its technologies.

“That’s where we come in. You don’t need to take out a chip and spend several billions of dollars. It’s the same chip that you can completely reprogram on-the-fly, in the field, and experiment with what works for your customer. So this is the flexibility that we deliver to our customers in both broadcast, a little bit of embroidery and of course, in consumer notes”

Reflections on the ISE 2022 Barcelona

Speaking on his experiences at ISE 2022, Iyer said they had been “phenomenal.” The tech giant began attending ISE six years ago, in 2016, and has consistently presented despite a two-year absence due to the ongoing COVID-19 pandemic’s onset in 2020.

“The challenge for us as a technology provider is that we have to show customers what is possible two years before they will be needed. That is where we pride ourselves in our ability to predict where the market is going and establish alliance partnerships with our ecosystem partners, and then we let our customers do the magic in terms of creating products”

ISE 2022 Barcelona was a “very valuable, very successful show” and AMD-Xilinx plan to continue attending in the future, he said, citing added advantages such as the show’s dual focus on pro-AV broadcasting and consumer markets.

He noted that ISE could potentially shift to consumer strategies, which coincides with technologies which facilitate both markets, despite enterprise solutions being “deployed at a very different commercial architecture and scale.”

The Metaverse as the Future of Pro-AV

Speaking to XR Today on the future of the Metaverse, or the merging of spatial computing and the Internet, he stated that the rising communications platform was “useful to our customers” as they could deploy and monetise it, along with other use cases.

Citing advancements in machine learning, Iyer explained how the emerging technology could streamline Metaverse operations to improve video quality to “conserve bandwidth and save money.”

“We have machine learning techniques that actually make that possible for our customers, where you can actually look at the frame, and perhaps apply less bits on the background, because the human eye doesn’t care much about the background and apply more bits on the foreground. This delivers that visually stunning, immersive experience to our customers”

He also cited sports statistics, which were “human-intensive.” Companies in the sports entertainment field have begun deploying sports statistics technologies to automate stat updates in real-time.

He explained how such technologies would not “make human beings redundant,” but “make the workflow more and more efficient,” both in broadcast and embroidery, allowing firms to deliver such immersive experiences to their customers.

“You know, our goal is now clearly that this industry is moving more and more from a 4k resolution to an 8k resolution [with] higher frame rates, High Dynamic Range (HDR) content, and we make that possible. Our chips actually make that awesome”

The ISE 2022 took place at the Fira de Barcelona Gran Via from 10 to 13 May and gathered some of the world’s largest and most innovative tech giants, startups, and thought leaders. Tech companies attending the event included Lenovo, Varjo, DTEN, Google, Epson, Poly, Samsung, Sony, and hundreds of others.

The event received critical acclaim this year following a downturn due to the ongoing COVID-19 pandemic and united the global AV and XR industries to explore future solutions for both sectors.