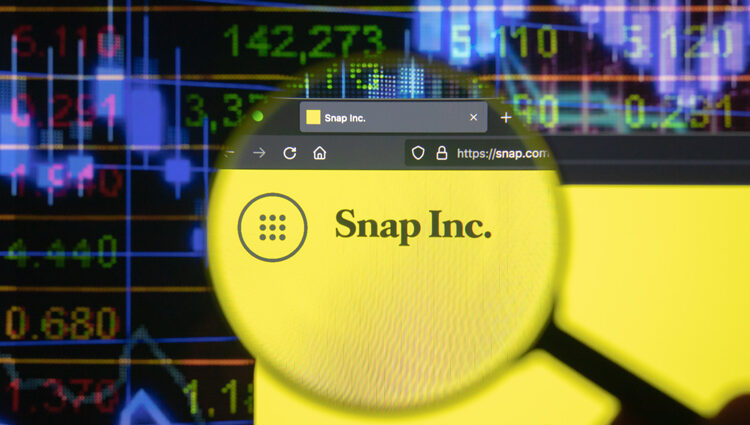 Snap’s shares dropped by 32 percent during after-hours trading, global media reported on Tuesday after the firm reported it had missed its Q2 guidance range, forcing it to lower its future quarterly forecasts.

The company said in a filing:

“We believe it is likely that we will report revenue and adjusted EBITDA (earnings before interest, taxes, depreciation and amortization) below the low end of our Q2 2022 guidance range”

The news comes after Snap reported a first-quarter loss of roughly $360 million USD and missed its sales expectations of $1.07 billion, earning around $1.06 billion in Q1.

Despite this, Snap reported that user growth across its platform increased by 18 percent during Q1, achieving 332 million users. The Santa Monica-based firm remains optimistic, adding:

Although the firm has faced short-term losses, Snap continues to innovate augmented reality (AR) and immersive hardware via Snapchat and an umbrella of advanced technology.

Earlier this month, Snap acquired several immersive technology firms to bolster its AR mission, including KeyDB, to transition into an open-source platform for developers.

The news comes after Snap hosted an annual online summit during, where the firm announced various updates and highlighted company success stories along with numerous keynotes that unveiled new immersive technology.

At the event, Snap debuted Pixy, an AR-ready drone that autonomously captures videos and photos, to overlay AR filters on any recording of an individual. The Santa Monica firm provides “Snap Editor” to assist Pixy adopters with enhancing recordings with immersive overlays.

During the summit, Snap unveiled improvements to its eCommerce tools for brands and businesses, offering an early access program for firms to test out upcoming Snap eCommerce tools.

The tech firm additionally provides enterprise-grade education to companies diving into AR for the first time through its Snap Focus online academy.

Bitcoin, Ethereum Exchange Inflows Suggest Sell-Offs Are Far From Over