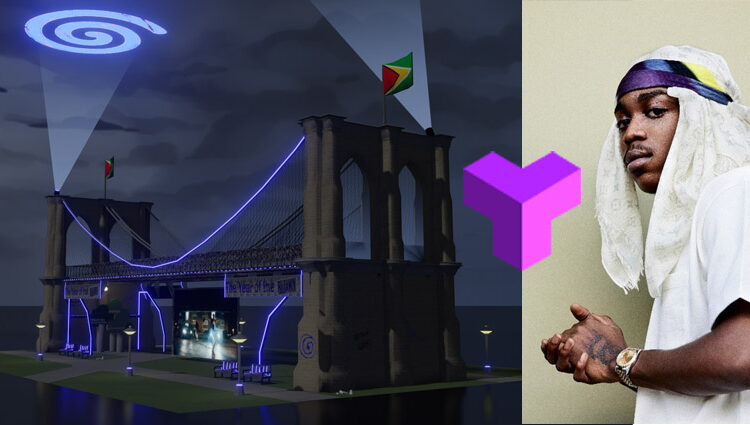 22Gz’s launched the video on 20 May at the drill rapper’s Blixkyverse on Decentraland and hosted the exclusive event for 48 hours.

The Vancouver and Los Angeles-based firm developed the immersive backdrop for 22Gz’s ‘Spin’ music video and has previously created virtual experiences for Miller Lite and its Meta Lite Bar, among others.

The immersive experience for the acclaimed rapper comes amid Atlantic Record’s efforts to tap immersive technologies to build connections with fans, along with dropping a collection of non-fungible tokens (NFTs) from hip hop NFT artist Smilesss.

According to TerraZero’s website, the company was founded in early 2021 by experts in blockchain, design, and Web3 technologies along with marketing and finance executives and entrepreneurs.

The enterprise aims to explore and expand use cases for “creative and agile” Metaverse experiences, which it creates and finances for its clients amid the rise of the spatial communications platform.

As the #metaverse continues to grow, with projections ranging from $8-13T in the next 4 years, TerraZero recently published a corporate update with the latest #news on our development. Follow us for ongoing updates and industry news. https://t.co/eeaoTjltCU pic.twitter.com/MlhS0c2SF4

TerraZero creates offices, galleries, sporting arenas, concert stadiums, and retail shops for its clients, and currently hosts a public headquarters in Decentraland at the 20,123 address.

The metaverse development company also leverages artificial intelligence for its data analytics platform, which clients can use to monitor for its funding and brokerage operations.

According to industry figures cited by the company’s recent profile report, over 2 billion users will spend at least an hour each day to work, shop, and socialise in the Metaverse by 2026, and the industry is set to skyrocket to an estimated total value of $8 trillion to $13 trillion USD by 2030.

The news comes as the immersive and music industries have begun massive collaborations in the Metaverse, namely on Decentraland and The Sandbox. Hip Hop superstar Snoop Dogg debuted his Snoopverse in December last year to open thousands of land parcel sales in the exclusive virtual venue.

Numerous artists, including Grimes, MUSE, Dave Guetta, Steve Aoki, Foo Fighters, Justin Bieber, Ariana Grande, and many other top-selling artists, have developed their own musical concerts in the Metaverse with several of the world’s top platforms in a bid to reach larger global audiences with XR.